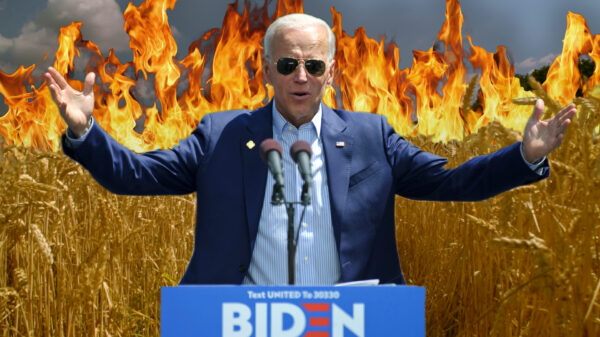 It’s been 40 days since Biden took office and other than signing an outrageous amount of executive orders, there hasn’t been much work being done. Even the media is starting to wonder just what is going on inside the oval office as Biden appears to barricade himself inside for hours on end. Not to mention, he is letting his Vice President Kamala Harris take phone calls on his behalf. With each passing day, Americans wait for Biden to make his first Press Conference as POTUS and hopefully give a glimpse into the future of America. But as you are about to see – the wait is just beginning.

During a recent interview, Press Secretary Jen Psaki was asked by a reporter when the President was going to make his first official press conference. Following her usual rhetoric, Psaki seemed taken back by the question and pondered for a moment before answering, “Not yet, but we will definitely have one. We will schedule it, and you’ll be the first to know. Cause you’re pivotal participants in that.”

Biden’s Press Secretary Jen Psaki says that are still no plans for Biden to hold a press conference after over a month of being in office https://t.co/3toEuYK5Tl [1] pic.twitter.com/n6dKvg2ZNy [2]

Almost half the way through his first 100 days and there doesn’t seem to be the slightest inkling that Biden will be having a press conference anytime soon. Given the fact that COVID-19 is still running rampant, Syria is being bombed, and immigrant children are being put back in cages, Biden would want to set the record straight. Even his BFF, Barack Obama, knew how important it was to keep open channels with the people who supposedly voted for him. In his first year alone, Obama held 11 press conferences, yet Biden still remains unseen.

Other than his dismal Town Hall meeting and a handful of pre-determined interviews, it appears that Biden is using the same tactic he used to fight the coronavirus – run and hide. It was during his campaign that President Trump labeled the Democratic nominee “Joe Hiden” as Biden decided to stay in his basement instead of engaging with the American people. And yet he somehow still won the election.

With America struggling to cope and the people divided as ever, Biden should be doing everything possible to fix the nation he so-called loves. Instead, we are being ghosted while he bombs countries, rips away gun rights, and bends to China’s will.

This piece was written by Jeremy Porter on March 2, 2021. It originally appeared in DrewBerquist.com [4] and is used by permission.