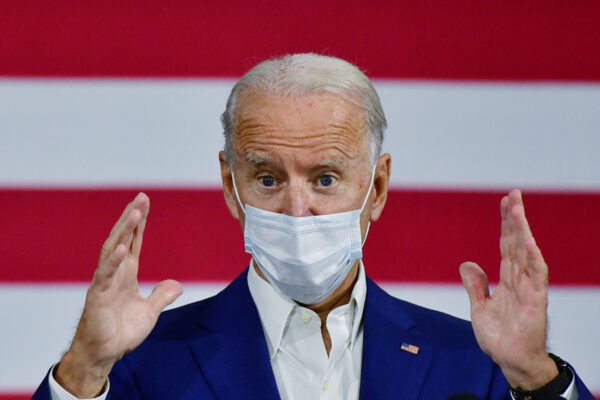 As the Biden administration and Democratic Congress release plans for the massive $1.9 trillion COVID-19 relief bill, otherwise known as the “American Rescue Plan Act of 2021,” the Republican Study Committee (RSC) last week warned [1] about some of items in the bill.

Some of the generalities that President Biden has made no secret of wanting in the bill, such as raising the minimum wage and financial aid to illegal immigrants are of course included, but what are some of the other tidbits conservatives are warning about?

Here’s what the RSC is opposing in the bill – the one that was pushed aside so Democrats could pursue a second impeachment of President Donald Trump.

More than 7 in 10 Americans now back Biden's aid package. That includes support from three-quarters of independent voters, 2 in 5 Republicans and nearly all Democrats.https://t.co/FjPljyKeXL [2]

As previously stated, some of the items in the bill are no surprise. They have been part of a liberal Democrat wish list for quite a while, and have nothing to do with relief for those hardest hit by the pandemic or economic shutdowns.

One of the top items – a new federal mandatory minimum wage – instead has everything to do with essentially paying people to be a new voting bloc.

According to the RSC [1] and the non-partisan Congressional Budget Office, the result could be 1.4 million jobs lost, or even more. Most of those effected would be younger people with less formal education.

The irony is clearly lost on Democrats for this one. There is an entire section [5], “TITLE VI COMMITTEE ON SMALL BUSINESS” in this 591 page behemoth, that covers such things as modifications to the PPP (Paycheck Protection Program), support for restaurants, and something entitled “direct appropriations.”

Yet the best way to help these struggling businesses is to allow them to first open for business if they haven’t already, and allow them to pay their employees what they can afford to pay and still operate.

Anyone who knows anything about economics knows that if you cannot afford to pay all of your employees that brand new federal minimum wage, somebody’s got to go.

Unemployment would come with an extra $400 per week in addition to regular payments. This would last up to a year and a half.

In the words of the RSC [1], “Under this plan, 53% of Americans would effectively receive a raise for being unemployed.”

And it would not just be Americans who would be paid to sit and watch Netflix all day. If you enter the U.S. illegally, it is payday for you as well, my friend.

The $1,400 stimulus checks that are still being debated would also go to those families in which at least one parent [1] is an illegal immigrant.

Her plan is for illegal immigrants NOT the American People‼️

RELATED: Dr. Fauci Says ‘Possible’ Americans Might Have To Wear Masks Into 2020 [7]

Making Sure Teachers Unions Are Happy

America’s school children are not faring much better than America’s small businesses. Many parents do not feel as though their kids are getting a quality education sitting in front of a computer screen all day.

But the Biden administration’s priority seems to be not with American kids getting a proper education, but making sure that America’s teachers unions keep donating to the Democrat Party.

Apparently hidden in the section entitled, “PART 1 DEPARTMENT OF EDUCATION” [5], is the additional provision of $130 billion [1], on top of the $110 billion they already receive, even if they remain closed.

If large numbers of American parents whose children are not included in a special classification feel their child’s education is suffering permanent consequences, imagine the feeling if your child is deemed “at risk,” “low income,” or “special needs.”

Teacher’s unions are holding public education hostage and @POTUS [8] is helping them do it. Notice how they’re all saying they need to pass stimulus so schools can open …

Mere weeks after CDC said they could open without waiting for vaccinations.

This isn’t about a virus anymore.

Covering Other Parts Of The Biden Agenda

The bill would crowd out those who need PPP funding the most and expand the qualifications to large nonprofits, labor unions, country clubs, fraternities and sororities, and publicly-traded internet news organizations.

In other words, to already wealthy, well-positioned firms.

With the majority of large donations going to the Democrat Party [11], is that why Joe Biden and the Democrats want to keep their country club buddies happy?

Social justice is absolutely included in the Democrats’ handouts. There is a $50 million funding provision for EPA “environmental justice grants.”

Has anyone ever figured out just what exactly environmental justice is?

Americans are going hungry right now. How about keeping that $800 million for American food aid?

And what Democrat stimulus package would be complete without a little identity politics thrown in? The bill allows for loan forgiveness worth 120% of debt to farmers and ranchers on the basis of race [5] and ethnicity.

In a report in “Successful Farming” [12], Georgia Republican Austin Scott said that the debt relief proposal “has no requirement of any proof of discrimination.” He also said that “payments of 120% could easily be challenged as reverse discrimination and unconstitutional.”

As was expected, Joe Biden, his administration, and a Democrat Congress is attempting to pander to every group they think they can turn into permanent Democrat voters by funding their pet causes.

Too bad the American people are not a pet cause.

This piece originally appeared in ThePoliticalInsider.com [15] and is used by permission.