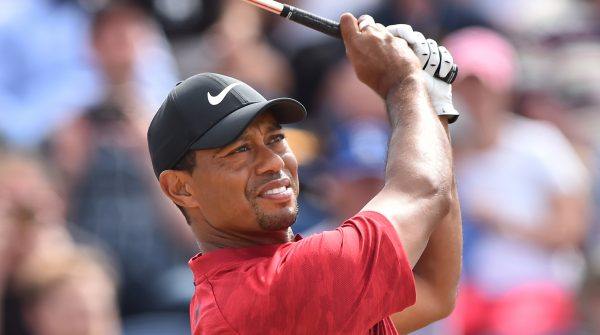 The golfing legend Tiger Woods was involved in a serious car accident on Tuesday, and the jaws of life had to be used to rescue him.

CNBC reported [1] that Woods was in surgery today after suffering multiple leg injuries when the SUV he was driving crashed and rolled over in Los Angeles, California. The county’s sherriff’s department confirmed that Woods, who was the only person in the vehicle, was “extricated from the wreck with the ‘jaws of life’ by Los Angeles County firefighters and paramedics, then transported to a local hospital by ambulance for his injuries.”

Officials arrived at the crash scene, which was at the border of Rolling Hills Estates and Rancho Palos Verdes, at around 7:12 a.m. They have since revealed that “the vehicle sustained major damage.”

“Tiger Woods was in a single-car accident this morning in California where he suffered multiple leg injuries,” Woods’ agent Mark Steinberg said in a statement. “He is currently in surgery and we thank you for your privacy and support.”

A look at the car Tiger Woods was in. https://t.co/biSQfMW0sK [2] pic.twitter.com/WubFojEGfi [3]

Woods was spotted the day before the crash playing golf with former Miami Heat basketball star Dwyane Wade. He last competed at the PNC Championship in Orlando, Florida, which concluded Dec. 20. During this tournament, Woods played alongside his 11-year-old son, Charlie Woods, and they finished in seventh place.

TMZ reported [5] that Woods previously crashed his SUV in a 2009 incident at his home in Florida. In 2017, Woods was arrested after police found him passed out behind the wheel of his car. He claimed at the time that he had taken prescription medication before the accident,  and didn’t realize the effect the meds would have on him.

Fox News [6] reported that in an interview on Sunday, Woods said he was not sure if he would be competing at The Masters.

“God, I hope so,” Woods said. “I’m feeling fine. I’m a little bit stiff. I have one more MRI scheduled so that we’ll see if the annulus [fibrosis] is scarred over finally and see if I can start doing more activities. But still in the gym, still doing the mundane stuff that you have to do for rehab, the little things before I can start gravitating towards something a little more.”

This piece originally appeared in UpliftingToday.com [7] and is used by permission.

Read more at UpliftingToday.com:
Five-Time ‘Jeopardy’ Champion Brayden Smith Passes Away At 24 [8]
Model Rebecca Landrith, 47, Found Dead On Pennsylvania Highway – Man Arrested For Her Murder [9]
Larry King Cut Estranged Wife Out Of His Will – Left $50 Million Fortune To His Children [10]