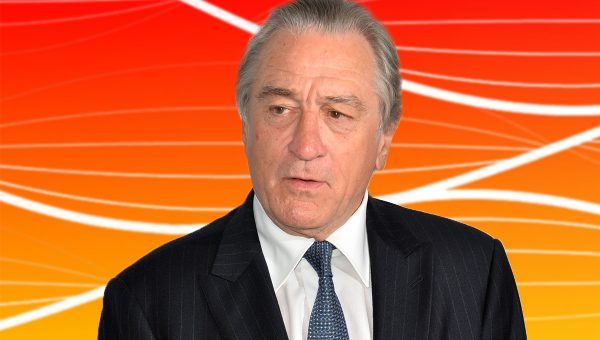 According to a report [1] on Monday, wealthy anti-Trump actor Robert De Niro took coronavirus money from the government to pay for expenses at his multiple high-end restaurants around the world.

This reportedly included his luxury restaurant Nobu in London.

A government report shows that money was awarded to Nobu.

“The restaurant has been closed since March 21, 2020, as a result of the Covid-19 pandemic in the U.K., and reopened on May 6, 2020, to operate in providing a limited restaurant service that can be operated by the company under the recommended health and safety guidelines imposed during the Covid-19 pandemic such as food take away service,” the government report notes.

The restaurant told U.K. government officials that it expected “a significant decrease in profitability due to materially reduced revenues in 2020.”

CEO of the watchdog group Taxpayers’ Alliance, John O’Connell, told Daily Mail readers regarding the money sent to Nobu, “Justifiably, the Government cast a wide net to catch everyone who could be affected by this coronavirus crisis.”

“But recipients should keep in mind that this money ultimately comes from taxpayers, and support should only be sought if it’s really needed,” he added.

Which begs the question: Why should taxpayers – many of whom have themselves been thrown out of work by shutdowns or onerous rules – have to give De Niro and his restaurants their money?

And it’s not just U.K. taxpayers footing the bill.

In July, it was reported that the anti-Trump actor’s Nobu chain took over $28 million from the U.S. Paycheck Protection Program.

CNBC reported [8], “The Nobu group of luxury sushi restaurants and hotels took 14 loans from the U.S. small business relief program for as much as $28 million, according to government filings.”

“The chain, founded by actor Robert De Niro, celebrity chef Nobuyuki “Nobu” Matsuhisa and film producer Meir Teper, got funding for properties scattered across the country, from California to Texas and New York, according to data released [9] Monday,” CNBC noted.

Back in May 2020, De Niro joked that he would play embattled New York Governor Cuomo in a movie [10] about the COVID lockdowns.

These are the lockdowns that necessitated the government payments De Niro’s companies received.

De Niro told the BBC, “Cuomo’s done a great job. He’s done what Trump should have done, but he doesn’t have a clue how to do that.”

Cuomo is currently under serious fire from his own Democratic legislature over reports that he covered up the true number of unnecessary COVID deaths due to his nursing homes policy.

State Senator Jessica Ramos said [11] of Cuomo, “People died and Cuomo lied then he had the gall to write a book.”

RELATED: Robert De Niro Says He Is ‘Certainly Looking Forward To’ President Trump Being In Prison [13]

On MSNBC’s The Last Word in June, De Niro said [13] “I am certainly looking forward to” the president ending up in jail.”

Read more at ThePoliticalInsider.com:
Impeachment 2.0 – What Does It Really Mean For America And Our Future? [15]
New York State Democrats Want To Rename Donald J. Trump State Park [16]
George Washington Should Be Celebrated, Not Canceled – A President’s Day Reminder [17]