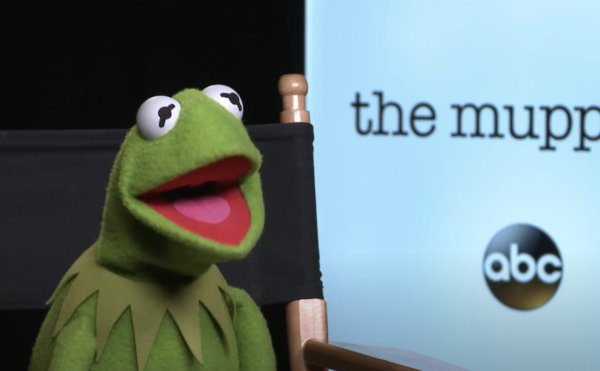 It’s definitely not easy being green.

If you look at all folks that the leftists protect, you will see who they are actually discriminating against. They protect everyone except white men.

Or at least that’s what I thought up until now. Apparently they don’t like green frogs either.

I guess it was only a matter of time until the cancel culture came after Kermit, Miss Piggy, and the rest of the offensive puppets from The Muppet Show.

As a child, there weren’t a whole lot of cartoons and TV shows that interested me but I loved The Muppet Show.

I liked Animal, the old curmudgeons who sat in the balcony making fun of everyone, Beeker, Gonzo, the Sweedish Chef, and the “Pigs in Space” parody of Star Trek.

You might be surprised to know that The Muppet Show [1] was nominated for several Emmys over the years and, in 1977, they won their first Emmy for Outstanding Comedy – Variety or Music Series. Other wins would follow.

Unfortunately, the five seasons of The Muppet Show started streaming on “woke” Disney Plus last week. I say unfortunately because they have decided to label the shows with an “offensive content [2]” warning.

That’s otherwise known, in the past, as HUMOR.

Making fun of people and situations. And these are just puppets so they have no bad intentions.

Comedy is no longer allowed by the Woke Hollywood perverts and greed mongers who control our entertainment options.

Poor Johnny Carson. If he were still alive, he would, no doubt be labeled as inappropriate and canceled and ran out of California.

The Disney disclaimer on The Muppet Show continues to say, “These stereotypes were wrong then and are wrong now. Rather than remove this content, we want to acknowledge its harmful impact, learn from it and spark conversation to create a more inclusive future together.”

Even though Kermit is green, quite a minority in this day and age, and his friends are pretty diverse in color and species, the leftists are still discriminating against them and making assumptions about their perceived intolerance of human beings and other puppets.

Leftists have no sense of humor and definitely can’t take a joke.

But Kermit, unlike the leftists, doesn’t judge people. He has said, “Here’s some simple advice: Always be yourself. Never take yourself too seriously.”

Meanwhile, the entire democrat party is currently in the midst of bullying, canceling, harassing and threatening people who don’t look and think like they do. Or fit into their definition of “acceptable.”

If Disney truly feels the way they do about The Muppets, they shouldn’t be streaming the show.

Or maybe they should change their theme song to…

This piece was written by Liberty Paige on February 23, 2021. It originally appeared in SteveGruber.com [3] and is used by permission.

Read more at SteveGruber.com:
Veteran Contractor in Houston Helps Neighbors After Storm [4]
Where is Biden? Biden’s Failure to Get Food and Water Distributed to Texans is Being Ignored by the Leftist Media [5]
Fauci Says Masks Into 2022 [6]