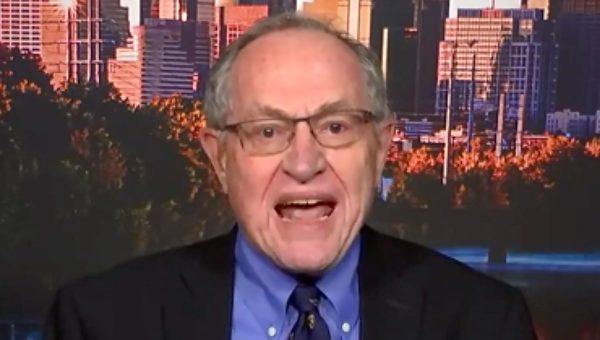 Dershowitz compared the current situation to McCarthyism in the twentieth century, and he also planned to fight it with all that he has.

“Cancel culture is quickly becoming American culture,” he said. “You know, Common Cause, which purports to be a liberal, not a radical organization, has now demanded that Facebook keep Donald Trump off its platform. We are getting liberals, Nicholas Kristof of The New York Times, saying Fox should be taken off cable networks. It’s a call for censorship.”

“I grew up during McCarthyism,” Dershowitz added. “I hated communism. But I defended the rights of lawyers to defend accused communists. And I defend today every lawyer. And if any lawyer is the subject of this kind of McCarthyism, I will represent you pro bono. I will represent you in front of universities, in front of bar associations. I’m going to dedicate myself to making sure that the new McCarthyism of the hard left doesn’t become American culture.”

“On the day we had the impeachment vote on the house floor, I told my Democrat colleagues, I said, the cancel culture won’t just stop with Republicans. It will come after all of us in the end,” he said. “And that’s why we all have to push back.”

“If we don’t push back on this and stop it and stand up, as Mr. Dershowitz said, stand up for the Constitution and the First Amendment, it will only get worse,” Jordan added. “This is the No. 1 issue for the country to address today.”

On Saturday, the Senate voted to acquit Trump after Democrats tried to impeach him for allegedly inciting the Capitol riots last month. Had they succeeded in impeaching him, Trump would not have been allowed to run for office in the future. The acquittal means that as of this writing, Trump will be permitted to run for president again in 2024.