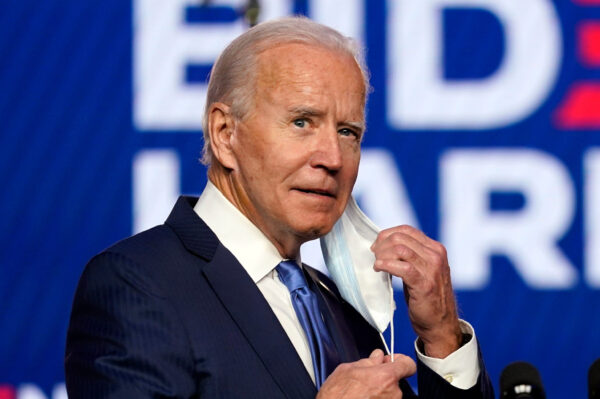 Just how good is President Biden doing now that he and the Democrats control Washington? If you look at the media, Biden is everything the country needed. It doesn’t matter that he forgets his speeches, claims there was no vaccine when he came to power or sides with China on their so-called cultural norms. All that matters is – he isn’t Donald Trump. That’s all the left wanted. They didn’t care who it was as long as they got rid of Trump. So, who is Biden anyways and how is he holding up to the American people? Let’s look at the facts.

A new poll, conducted by the Rasmussen Reports, shows that people aren’t buying into the Biden nice-guy role that the media wants you to believe. Even while the media scrambles day and night to paint the President in a good light, the American people aren’t buying it. A staggering 54% of voters believe that Biden is a “puppet to the radical left” and isn’t the nice guy that he acts to be.

But where did it all go wrong? The media and the Democrats were sure they had the right guy. But maybe it is the fact that Biden is a career politician for over 40 years and as Trump put it, “What have you done?” No matter your stance on the person that Trump was, we can all agree that he fought day and night for this country. And what did he get for it – two impeachments and a political party that wants his entire life ruined.

Although the Democrats will continue to push their agenda in hopes the American people conform, the new poll shows that citizens are growing tired of their useless government. From the unnecessary lockdowns to mandatory masks mandates, the Dems are struggling to prove they are worthy of holding such a high position of power, but time and time again – they fail.

And to make matters worse, Biden has only been President for a little over a month. The poll wouldn’t be all that alarming if the President were halfway through his term, but not even a year in, and the people already see the cracks in the foundation. Let’s just hope it isn’t too late to correct the wrongs he’s made.

This piece was written by Jeremy Porter on February 20, 2021. It originally appeared in DrewBerquist.com [1] and is used by permission.

Read more at DrewBerquist.com:
Introducing The Bravest Female Athlete of All Time Who Also Happens To Have A Secret [2]
Biden’s Wild And Crazy President’s Weekend Recap [3]
WATCH: Biden Slams Immigrants As Ignorant, Claims There Was No COVID-19 Vaccine [4]