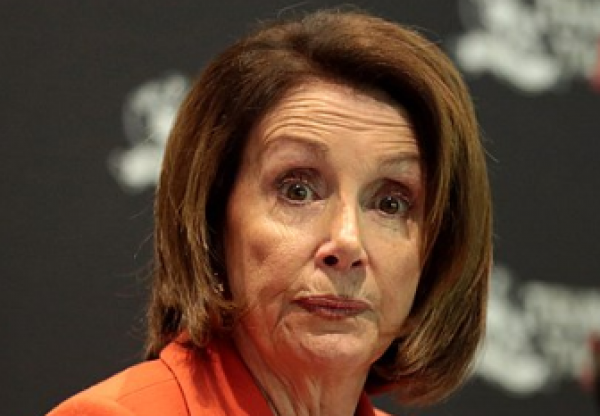 Since the Capitol riots, the Democrats and Big Tech have blamed President Trump for the current state of America. Believing they are doing what is right, The Democrats allowed big tech companies to dictate freedom of speech.

Their first act was to ban President Trump from most social media sites, claiming he was invoking violence around the country. But thanks to the internet, a series of tweets from 2017 show House Speaker Nancy Pelosi isn’t all that innocent when it comes to questioning election results and the powers at be.

There has been no one more outspoken about the 2020 election results than Nancy Pelosi. While the rest of America believes fraud took place to help Biden win, the Dems are pressuring big tech companies to crack down on so-called conspiracy theories. But as I mentioned above, Pelosi played her own part in spreading misinformation back when President Trump beat Hillary Clinton in 2016. Here is a tweet she sent out.

Our election was hijacked. There is no question. Congress has a duty to #ProtectOurDemocracy [1] & #FollowTheFacts [2].

“Our election was hijacked. There is no question. Congress has a duty to #ProtectOurDemocracy & #FollowTheFacts.”

The tweet, which was written in 2017, was months after the general election that Donald Trump won, and Pelosi was still spreading misinformation about the election fraud. Yet even today, her account is still active while President Trump remains in limbo for riots that he has already condemned.

As for the 2016 election, it was investigated by Robert Mueller and the Senate Intelligence Committee. Guess what they found? Nothing. The supposed Russian meddling that helped Trump win was nothing more than conspiracy theories spread by the left. Yet again, where was Twitter when all this was taking place?

Not the first to see Pelosi’s tweet, critics are demanding that Twitter answer for banning Trump while letting Pelosi and other Democrats continue to spread misinformation.

Political Commentator Yossi Gestetner tweeted the company, saying “This tweet by @SpeakerPelosi from 5/7/17 is an illustration of how months after the 2016 election, leading Dems were still sowing doubt about the integrity of the election just as they did after FL 2000. This rhetoric paved the way for the other side to do the same.”

As it stands, Twitter hasn’t removed Pelosi from their site and remains to back the Democratic party as they continue their attack on Freedom of Speech.

This piece was written by Jeremy Porter on January 13, 2021. It originally appeared in DrewBerquist.com [4] and is used by permission.