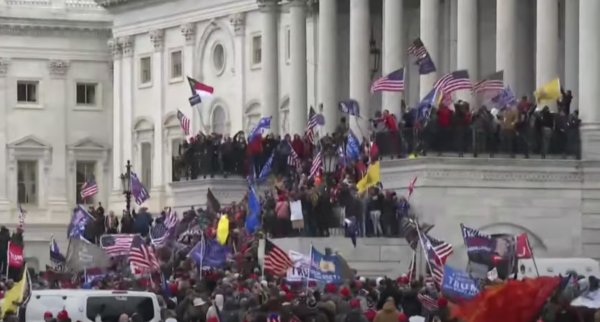 The events that unfolded at the Capitol were shocking, to say the least. Americans have grown tired of false promises and not having their voices heard. The double standard taken by the media and big tech has caused Americans to question their own government and the information being presented to them. Take the so-called Capitol siege for instance. The media has labeled in a direct attack on American Democracy, but what was their take when BLM and Antifa tried to take over a government courthouse?

As members of both parties stormed the Capitol building, the media seemed to only be focused on the Republicans. Over the past four years, the media has let the Democrats do whatever they want as they continue to hound the Republicans and President Trump. Even as the President built one of the strongest economies in the world, the media could only hang on his past relationships and what he said behind closed doors. But it gets much better.

Let’s take a trip back to six months ago when rioters tried to take over a federal courthouse in Portland, Oregon. Not once did the leftist media call it a siege or chaos? They actually made excuses for the rioters, saying, “the nightly assault on the federal courthouse has been part of a much wider peaceful resistance … that began assembling nearly two months ago in the wake of George Floyd’s death at the hands of the Minneapolis police. The aim, as it has been in other cities, was to assemble for sweeping police reform and racial justice.”

As you can read, the New York Times, often referred to as a newspaper of record, made excuses for the rioters who not only tried to take over the courthouse but set parts of it on fire. Yet the patriots that stormed the Capitol building are labeled domestic terrorists?

But it wasn’t just the New York Times, Vox’s own German Lopez seemed to stand by the Portland protestors when he said, “riots are destructive, dangerous, and scary, but they serve a purpose, because they can lead to serious social reforms.”

But guess what he had to say about the people who supposedly stormed the Capitol? Not surprising, but Lopez said, “every person who forced their way into the Capitol should be arrested.”

Sadly, it doesn’t end there. Both CNN and even Governor Andrew Cuomo took a stand for the rioters in Portland, yet when it came to the Capitol – the words chaos, terrorists, and siege scrolled across the headlines.

The future of America isn’t being torn apart by the people who call it home, it’s being destroyed by fake news. They continue to fuel the flames while wanting to take none of the responsibility for their part in the current divide this nation has found itself in.

This piece was written by Jeremy Porter on January 8, 2021. It originally appeared in DrewBerquist.com [1] and is used by permission.