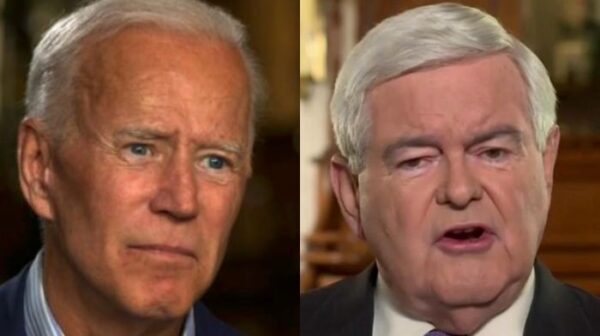 Former Speaker of the House Newt Gingrich spoke out on Sunday to question the “legitimacy” of the potential Joe Biden presidency.

Gingrich told New York’s WABC 770 AM [1] radio’s “The Cats Roundtable” that the 2020 presidential election “was the most corrupt election in modern times.” He specifically said that the efforts made by Facebook and its CEO Mark Zuckerberg to “maximize Democratic turnout” in the election “raises enormous questions about the legitimacy of the Biden potential presidency” because it is “a direct violation” of the 2002 Help America Vote Act.

“I think the Democrats focused on the election where Republicans focused on the campaign. The Democrats didn’t care if Biden never campaigned. They were going to generate votes and turn out votes,” Gingrich explained. “And when you go around and look state by state, the results are fascinating, and I think they raise real questions about exactly what happened. I personally believe this was the most corrupt election in modern times.”

“Just take the one example of Zuckerberg and Facebook, they put in $400 million basically renting city governments and getting them to maximize turnouts and precincts that they couldn’t carry, which is a direct violation of the 2002 voting act by Congress, which says that you have to have a fair effort across the board,” he added.

“You can’t just select areas you’re going to try to maximize turn out in,” Gingrich concluded. “So, I think just the $400 million that Zuckerberg put in to maximizing Democratic turnout, by itself, is a big enough corruption that it raises enormous questions about the legitimacy of the Biden potential presidency.”

This comes after Gingrich wrote an op-ed called “Why I will not accept Joe Biden as president,” which was published in The Washington Times [2]. In this op-ed, he explained that he can’t accept the results of this election because of an anger he has never felt before.

“As I thought about it, I realized my anger and fear were not narrowly focused on votes,” Gingrich wrote. “My unwillingness to relax and accept that the election was over grew out of a level of outrage and alienation unlike anything I had experienced in more than 60 years involvement in public affairs.”

He went on to complain about the fact that those on the left and the right now “live in alternative worlds.”

“You have more than 74 million voters who supported President Trump despite everything — and given the election mess, the number could easily be significantly higher. The truth is tens of millions of Americans are deeply alienated and angry,” Gingrich wrote.

“If Mr. Biden governs from the left — and he will almost certainly be forced to — that number will grow rapidly, and we will win a massive election in 2022,” he added.