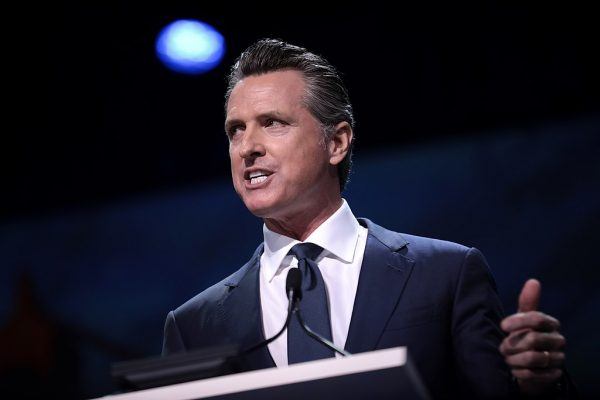 If you want fresh proof that virus regulations from Democrat governors are wholly political, look at California today. Fearing a growing recall movement, Democrat Governor Gavin Newsom Monday suddenly found “positive signs”, recently he had been decrying the severity of the virus in the state, and lifted regional stay at home orders.

Hey Greasy @GavinNewsom [1] was the sudden decision to reopen motivated by the desire to give Biden an unearned economic boost or because you’re about to be recalled? Maybe both?

This move is so blatantly political, so transparently self-serving, that it has backfired and seems to have motivated the recall movement to greater heights, rather than distracting them with a sop, as Newsom intended. Here is the current recall situation

FNC: “A recall campaign to oust California Gov. Gavin Newsom is nearing its required threshold to qualify for a statewide ballot. Over the weekend, recall organizers said they have collected 1.2 million of the 1.5 million signatures needed by March 17 to qualify for a ballot. Per state law, petition sponsors must gather the signatures of 12% of the voter turnout in California’s previous statewide election, which is about 1,495,709 names.”

In a blue state like California, can this succeed? Is the state not totally a medieval wreck yet? Is there some vestige of Ronald Reagan’s California left in the rubble?

“It’s absolutely gaining traction. We’re getting petitions from not only Republicans but from Democrats and Independents,” said John Cox, Newsom’s 2018 Republican challenger. “This has just gone on too long — the mismanagement that has accompanied this pandemic.”

A business owner in Los Angeles is typical of Newsom detractors. “I hold him responsible,” said Angela Marsden, who owns Pineapple Hill Saloon & Grill. “I believe, and I think the data will show, that they increased the numbers of COVID spread because they shut people out of safe places and basically put them back into their homes right before the holidays…I was told it’s because it’s so complicated that they can’t really explain it to us. We wouldn’t understand,” Marsden told the press on Monday. “It’s like, ‘Talk to me like I’m in kindergarten,’ you know, I think I can figure it out…The truth is we need to open up all of [Los Angeles] safely,” Marsden said. “It needs to happen. That’s the decision that they should be looking at. We’ve been doing to-go and I can sell two or three hundred dollars in a day, which is enough to cover my employees hourly.”

So, feeling the recall heat, Newsom reversed himself on Monday and lifted a regional order that called on residents to stay home except for “essential activities” as the state cited “positive signs” about the spread of COVID-19.

“California is slowly starting to emerge from the most dangerous surge of this pandemic yet, which is the light at the end of the tunnel we’ve been hoping for,” state Health and Human Services Secretary Mark Ghaly said in a statement. “Seven weeks ago, our hospitals and front-line medical workers were stretched to their limits, but Californians heard the urgent message to stay home when possible and our surge after the December holidays did not overwhelm the health care system to the degree we had feared.” He’s lying. This has nothing to do with public health and everything to do with saving Gavin Newsom’s political career.