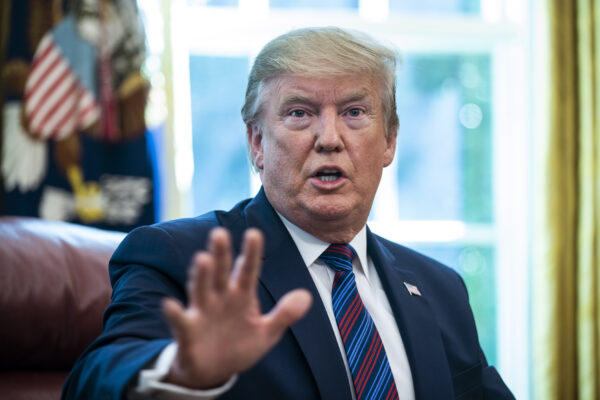 What we are witnessing in Washington is unprecedented. A president, barely a week to go in his term, is under threat of the 25th Amendment being used against him. If that doesn’t work, he will likely be impeached by the House with bipartisan support. Though a censure would be more appropriate, the Democrats have the votes to do this and the country may agree. This is the point to which this presidency has brought us as a nation. There is no turning back now on this issue. The die is cast.

FNC: “On Tuesday and Wednesday, the House will take two major steps toward impeaching Trump, which would make him the only president to be impeached twice. Tuesday evening, the House will vote after 7:30 p.m. on a resolution from Rep. Jamie Raskin, D-Md., calling on Vice President Mike Pence to use the 25th Amendment to remove Trump from office. That amendment sets up a process by which the vice president and a majority of the Cabinet may declare to Congress that the president ‘is unable to discharge the powers and duties of his office’…The vote likely will not happen until very late Tuesday night. If Pence does not oblige — he is not expected to — then Democrats have said they will move forward with a second impeachment of the president, starting with debate on Wednesday morning…Among the most closely watched will be Rep. Liz Cheney, R-Wyo., who has been one of the members of GOP leadership most critical of the president. Rep. Adam Kinzinger, R-Ill., a more vocal Trump critic, signaled on ABC’s ‘This Week’ that he would vote to impeach Trump, though he called such a vote not a ‘smart move’ at the moment. Kinzinger previously said he would support removing Trump via the 25th Amendment.”

Nancy Pelosi, being given by Trump just what she wanted as his going away present, said this Monday.  “The House will next take up the Raskin legislation in regular order to call upon the Vice President to activate the 25th Amendment to remove the President. We are further calling on the Vice President to respond within 24 hours after passage. As our next step, we will move forward with bringing impeachment legislation to the Floor. The President’s threat to America is urgent, and so too will be our action.”

Rep. David Cicilline, D-RI, said on Monday that Democrats have the votes to impeach Trump for “Incitement of Insurrection.”

Here is the article of impeachment I just introduced, along with 213 colleagues, against President Trump for Incitement of Insurrection.

Most important of all, I can report that we now have the votes to impeach. pic.twitter.com/RaJIjzQSvm [1]

The House Republican Leader disagrees with the move. “Personally, I continue to believe that an impeachment at this time would have the opposite effect of bringing our country together when we need to get America back on a path towards unity and civility,” said Kevin McCarthy. But for the House, that train has already left the station.