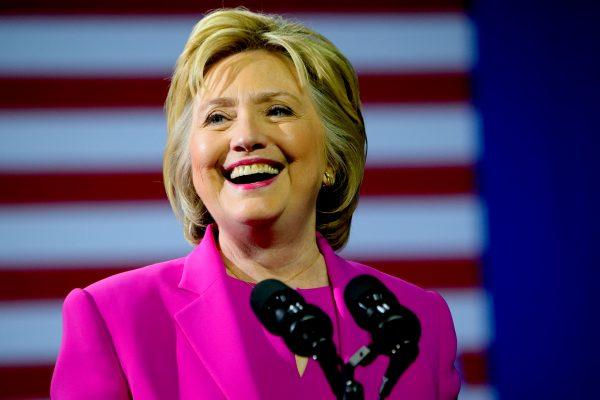 On Tuesday, failed 2016 Democratic presidential candidate Hillary Clinton said that the GOP and conservatives can “begin the healing and unifying process” by admitting that Joe Biden “was duly elected president in a free and fair election.”

Clinton wrote on Twitter, “Here’s how elected Republicans and conservative media can begin the healing and unifying process: Accurately state that Joe Biden was duly elected president in a free and fair election.”

Here's how elected Republicans and conservative media can begin the healing and unifying process:

Accurately state that Joe Biden was duly elected president in a free and fair election.

“Urge Trump supporters to refrain from further violence. For a start,” she added.

Accusing the President of inciting the Capitol Hill riots last week, Democrat leaders plan to meet on Wednesday to consider articles of impeachment.

The single article of impeachment [3] read, “President Trump gravely endangered the security of the United States and its institutions of Government. He threatened the integrity of the democratic system, interfered with the peaceful transfer of power, and imperiled a coequal branch of Government.”

It added, “He thereby betrayed his trust as President, to the manifest injury of the people of the United States.”

Last week’s attack is cause for grief and outrage. But it should not be cause for shock.

The former Secretary of State wants conservatives to admit Joe Biden won the 2020 election, but as recently as 2019, Clinton essentially claimed that the 2016 election was rigged.

On CBS This Morning in September of 2019, Clinton claimed that Trump is an “illegitimate president” and that the election was neither fair nor free.

“I believe he understands that the many varying tactics they used, from voter suppression and voter purging to hacking to the false stories – he knows that – there were just a bunch of different reasons why the election turned out like it did.”

Clinton published an op-ed [7] in the Washington Post on Monday, arguing that pursuing impeachment alone will not “remove white supremacy from America.”

RELATED: Forbes Warns Companies Not To Hire Trump Associates Or They’ll Assume Everything The Company Says Is A Lie [8]
“Trump ran for president on a vision of America where whiteness is valued at the expense of everything else. In the White House, he gave white supremacists, members of the extreme right and conspiracy theorists their most powerful platforms yet, even claiming that there were “very fine people” among the torch-wielding militia members who converged on Charlottesville in 2017,” Clinton wrote.
On January 8, Clinton celebrated President Trump’s personal Twitter account being permanently banned.

Read more at ThePoliticalInsider.com:
Biden Declares Economic Relief For Businesses Will Be Based Partly On Gender And Race [12]
Biden Vows To “Defeat” The NRA On Anniversary Of Gabby Giffords Shooting [13]
Nancy Pelosi Accuses Capitol Rioters Of Choosing ‘Their Whiteness’ Over Democracy [14]