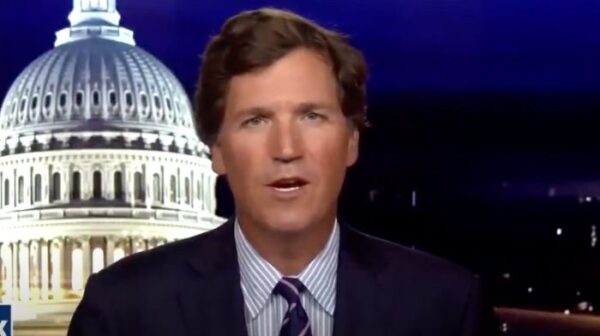 Tucker Carlson knows a good story by implication when he sees it. He feels tens of thousands of troops in DC are visual reminders of the Democrat takeover of the nation. Or, they could be a deterrent to the kind of assault we saw two weeks ago. Not to mention many troops are routinely used for security at inaugurations. Perhaps Carlson would have known that had he served in uniform.

Carlson says these troops are supposed to be a stark reminder that the Democrats control the Pentagon. But at every presidential transition from one party to another the other party assumes control of the military. Does Carlson think Americans don’t understand that and thus the Democrats are scaring them with a frightful spectacle of the obvious? Indeed, questions to ponder.

Carlson: “Our capital city is currently under military occupation. By Inauguration Day, there are expected to be more than 26,000 armed federal troops in Washington. No living American has seen a moment like the one we’re watching now.”

Two NYT editors lost their jobs in the Summer because they published an op-ed by a US Senator advocating a measure roughly 50% of Americans supported: deploy troops to quell unrest.

Now, Washington, DC is fully militarized with troops and everyone seems perfectly happy about it. https://t.co/6SYSmA3Y2H [1]

Carlson: “For comparison, Lyndon Johnson sent a total of 13,600 federal troops and D.C. Army National Guardsmen to quell the race riots in Washington that followed the assassination of Martin Luther King Jr. Those riots injured hundreds of people and killed at least 13. In 1864, as the Civil War raged on the other side of the Potomac and Americans died every day in large numbers on the battlefield, there were fewer federal troops protecting Washington, D.C., than there are right now. But according to our leaders, the so-called ‘insurrection’ of Jan. 6 was much worse than any of that. So in response, they have assembled the largest military presence in Washington in all of American history during peacetime. It’s truly a national force, with Guardsmen from every state in the Union as well as Puerto Rico. The question is, why?

“The Democratic Party is using those troops to send the rest of us a message about power: ‘We’re in charge now. We run this nation, from Honolulu to our colony in the Caribbean and everywhere in between, very much including where you and your family live. Do not question us men with guns. We control the Pentagon.’ And indeed, they do.

“If you wanted to stoke an irreparable civil conflict, you would talk this way and you would keep talking that way. So where’s the pushback from our defenders? ‘Tucker Carlson Tonight’ didn’t get any calls Monday from Republican senators begging to come on this show to talk about any of this. The Democratic Party is using the military of the United States as a political weapon. But Republicans in Congress just can’t be bothered to notice that.” Or Republicans in Congress have better things to do than play drama queen over a transition of power that constitutionally includes the military. As it always has.