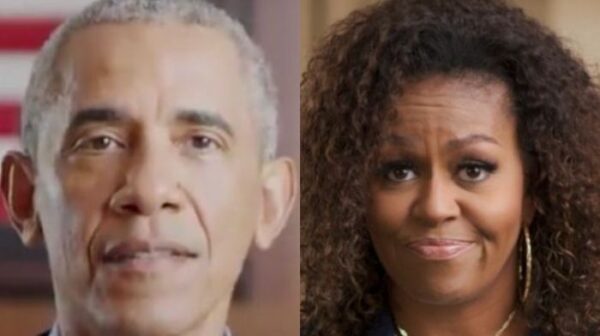 Barack and Michelle Obama took to social media on Wednesday to congratulate Joe Biden on his inauguration.

Barack took to Twitter to post a photo of himself with his arms around his former Vice President, captioning it, “Congratulations to my friend, President @JoeBiden! This is your time.”

Congratulations to my friend, President @JoeBiden [1]! This is your time. pic.twitter.com/LXzxGnBAfz [2]

Michelle also took to social media to share a throwback photo from her husband Inauguration Day back in 2012.

“After a disturbing era of chaos and division, we are entering the next chapter of American leadership with the inauguration of @JoeBiden and @KamalaHarris,” the former First Lady captioned the image. “Right now, I’m feeling more than just relief at putting the past four years behind us. I’m feeling genuinely hopeful for what’s to come.”

Michelle then heaped praise on both Biden and his Vice President Kamala Harris.

“Joe Biden and Kamala Harris are the kind of leaders our nation deserves—decent, hardworking people who reflect the best of our values,” Michelle said. “Most of all, they’re guided by empathy, honesty, and a willingness to put the needs of our country before their own. They’re determined to make life better for all Americans, and I know they will bring us back the stability that has been sorely lacking through what has been a devastating pandemic.”

After praising the spouses of both Biden and Harris, Michelle talked about what lies ahead.

“It’s no secret that the work ahead will be challenging,” she wrote. “And no one person, even a president, is capable of waving a magic wand and fixing the problems that persist in this country. But this past year I’ve seen folks from all over America step up like never before, whether it was peacefully protesting against racial injustice, registering first-time voters, or simply making sure a neighbor could safely get their groceries. It feels like we might finally be getting some momentum.”

“And with @JoeBiden and @KamalaHarris in the White House, we can once again start thinking about building the future we want for ourselves and our children,” Michelle concluded.