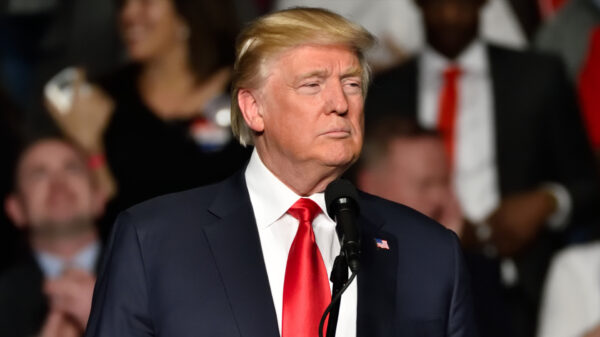 The vast majority of Republicans support the president’s accomplishments and likely a majority still support him personally. Yet there is a small but growing dissatisfaction with him since the election. It took wings after the assault on the Capitol. His brand has been hurt. Over time, perhaps fatally.

“Donald Trump is no longer going to be in power. That’s really going to change things. (Republicans) have to figure out a way to stitch together Trump’s base and traditional GOP voters. That’s not an easy thing.” – @SarahLongwell25 [1] https://t.co/2xkxOfEDzK [2]

FNC: “The Capitol Hill riot prompted by President Trump’s address to supporters last week will taint ‘all the good he did these last four years,’ a Trump voter told Fox News Monday night. Christopher Formoso has never been shy about his support for the president in previous appearances on ‘The Story.’ However, the Florida-based financial manager told host Martha MacCallum that once Trump exhausted his legal challenges to the election result, ‘he should have been able to walk away with dignity.’ Instead, Formoso said, Trump ‘kept his tirade going for two more weeks, which culminated January 6th [in] the terrible acts that happened that day. And I feel like he sold his name and all the good he did during his four years.’ Formoso explained that while the violent actors are ultimately responsible for the riot, Trump ‘did say other remarks that could be misinterpreted by a large group of fools and we saw what that could turn into.’ ”

Another Trump voter, Jolene Austin of Ohio, said, “Enough is enough. It is time to change over. It is an attack on our democracy, and I think that he knows that.”

“I was super proud that day I walked out of voting,” said Shawna Jensen of Texas, who voted for Trump in 2016, a lifelong Republican. “My son was with me, and he just turned 18. He voted for Trump as well. It was a year of ‘Hey, let’s do something different.’ I really thought he was going to drain the swamp, get rid of career politicians, small government, be a leader. We wanted everything to change. I was looking for that Reagan-esque, (Arnold) Schwarzenegger appeal. Looking back, though, it was all a big mistake…The buck stops with the leader. He can’t keep a staff. Why does he have so much turnover? People don’t leave when you have a good boss. Why is it that he cannot keep the Cabinet? It’s one crisis after another, and all he does is go on Twitter. Does he have a job?”

Robert Kaplan of Racine, Wisconsin, voted for Trump twice. He has rethought his actions. “He’s an embarrassment. He’s like a little kid with a temper tantrum when he doesn’t get things to go his way. He’s very punitive — if you disagree, he fires you. He disrespects very good people in Washington trying to do some good. And I think it’s very disrespectful of the office to be tweeting all the time.” Regular Americans, Republicans, and real former Trump supporters. The Republican Party should take notice.