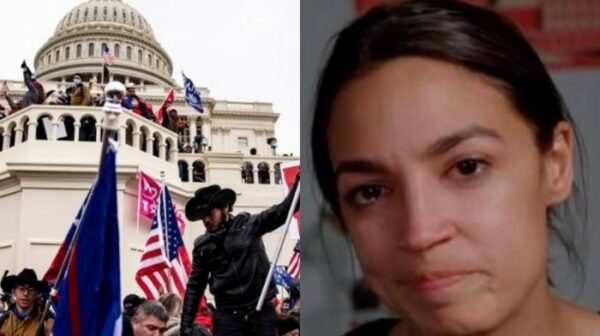 Rep. Alexandria Ocasio-Cortez (D-NY) took to Instagram on Tuesday to claim that she thought she “was going to die” in the Capitol riots last week after a “close encounter” shook her to her core.

“I did not know if I was going to make it to the end of that day alive,” Ocasio-Cortez said in a lengthy video posted to Instagram. “Not just in a general sense, but in a very, very specific sense.”

“I can tell you that I had a very close encounter where I thought I was going to die,” she added. “And you have all of those thoughts where, at the end of your life…all of these thoughts come rushing to you. And that’s what happened to a lot of us on Wednesday and I did not think – I did not know if I was going to make it to the end of that day alive.”

Ocasio-Cortez claimed that she could not go into any further detail about this “close encounter” due to security concerns. However, she added that it was not an exaggeration to say that “many, many members of the House were nearly assassinated.”

“We were very lucky that things happened in certain minutes that allowed members to escape the House floor but many of us nearly and narrowly escaped death,” she said.

At another point in her video, Ocasio-Cortez answered a question from a follower who asked if there is discussion in Congress on “truth and reconciliation or media literacy initiatives” to help with healing.

“I can say, there is absolutely a commission being discussed but it seems to be more investigatory, in style rather than truth and reconciliation, so I think that’s an interesting concept for us to explore, and I do think that several members of Congress, in some of my discussions, have brought up media literacy because that is a part of what happened here and we’re going to have to figure out how we rein in our media environment so that you can’t just spew disinformation and misinformation,” Ocasio-Cortez. said.

Ocasio-Cortez and her radically liberal “Squad” have been leading the charge when it comes to the Democratic effort to impeach President Donald Trump in the wake of the Capitol riots.