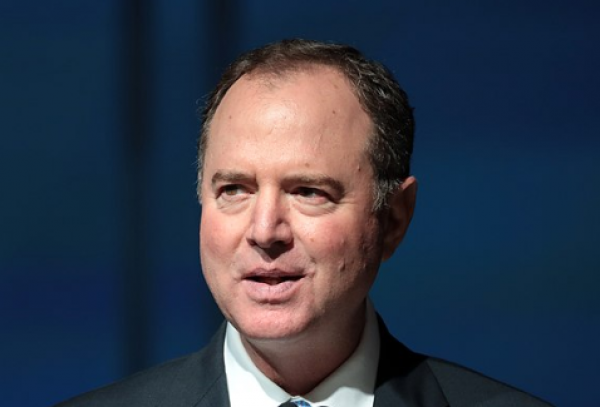 On Tuesday, House Intelligence Committee Chairman and Democratic Congressman Adam Schiff said that he believes support for impeaching President Trump is “gathering momentum” in the GOP.

His comments come after reports that Republicans in leadership, like Mitch McConnell [1] and Liz Cheney, are supportive of the effort.

Schiff made his comments during an interview on CNN’s “Situation Room” with host Wolf Blitzer.

Watch the entire interview below.

RELATED: Forbes Warns Companies Not To Hire Trump Associates Or They’ll Assume Everything The Company Says Is A Lie [2]

Schiff: ‘These Things Have A Way Of Gathering Momentum’

Blitzer said to Schiff, “The third-ranking Republican in the House, Congresswoman Liz Cheney, she nows says she will actually vote to impeach President Trump tomorrow when this resolution comes up for a vote.”

Schiff replied, “It means she won’t be alone. There will be other Republicans influenced by her decision, and these things have a way of gathering momentum.”

Yesterday, a seditious mob broke into the Capitol.

Spurred on by the President and inflamed by falsehoods told by his allies on Capitol Hill.

Look at the damage they have done.

To the Capitol, and to the country.

“So I wouldn’t be surprised now to see a considerable number of Republicans join in supporting the impeachment resolution,” he added.

The Democrat then noted how significant support for impeachment from Senate Majority Leader Mitch McConnell could be in this effort.

“These reports that Mitch McConnell may be open to the impeachment charges as well is quite a potential earthquake in the Senate,” Schiff said.

Schiff is no stranger to battles with President Trump. He was one of the key advocates of RussiaGate during Trump’s entire first term in office.

Trump also said Schiff should be “locked up.”

Schiff led the first impeachment trial against President Trump over alleged collusion with Russia in the 2016 presidential election.

Special Counsel Robert Mueller’s investigation found insufficient evidence to back up those allegations.

Progressive journalist Glenn Greenwald wrote at The Intercept [8] in April 2019, “The two-pronged conspiracy theory that has dominated U.S. political discourse for almost three years [9] – that (1) Trump, his family and his campaign conspired or coordinated with Russia to interfere in the 2016 election, and (2) Trump is beholden to Russian President Vladimir Putin — was not merely rejected today by the final report [10] of Special Counsel Robert Mueller. It was obliterated: in an undeniable and definitive manner.”

Read more at ThePoliticalInsider.com:
Biden Declares Economic Relief For Businesses Will Be Based Partly On Gender And Race [12]
Biden Vows To “Defeat” The NRA On Anniversary Of Gabby Giffords Shooting [13]
Nancy Pelosi Accuses Capitol Rioters Of Choosing ‘Their Whiteness’ Over Democracy [14]