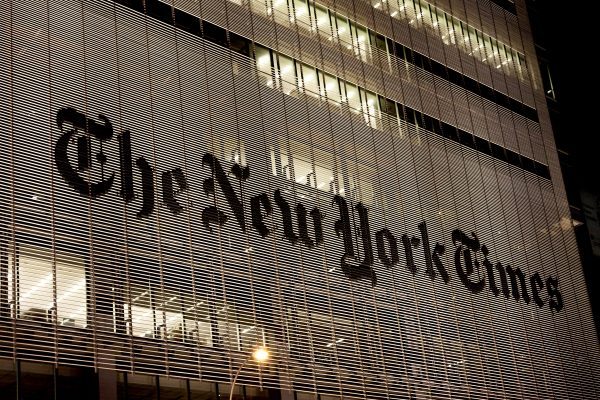 The New York Times is not a serious publication and has not been so for decades. They have consistently sided with America’s enemies at home and abroad and espouses a muddled Frankfurt School Marxism it hardly understands. Now, their unprofessionalism and tendency to discount facts for ideology or sensationalism has it in hot water, again.

"Caliphate" was one of the NYT's most important pieces of journalism in the last five years and today we learn the paper can't stand by it. Another huge blow to their credibility

What will we learn about their Trump coverage in 2023?https://t.co/FE0IRuxoHr [1]

FNC: “The New York Times’ latest gaffe is so egregious that some critics feel the paper’s credibility has been permanently torched. The Times published an extensive correction on Friday after acknowledging its 2018 podcast series ‘Caliphate’ heavily relied on a serial fabulist who claimed to have been a member of the Islamic State (ISIS) terrorist organization. The debacle was so embarrassing for the once-proud newspaper that Executive Editor Dean Baquet called it an ‘institutional failing’ and the Times even returned a coveted Peabody Award that the project earned.”

“The Times has lit its credibility on fire over the last few years. From baseless anti-Trump conspiracy theories to the laughably error-riddled 1619 and now to this,” author Chris Barron told media. “The Times might ask themselves why this keeps happening over and over again?”

“If the New York Times took the legitimacy of its reporting seriously, it would return not only the Peabody Award for the ‘Caliphate’ podcast, but also insist its employees return the Pulitzer prizes received for Trump-Russia coverage and the 1619 Project, both of which also were deeply flawed,” Media analyst William Jacobson said. “It’s easy to return the Peabody because it doesn’t go to the core of what the NY Times does, unlike awards for anti-Trumpism and racial activism.”

The NYT pathetically tried to explain. The report was “driven primarily by the confessional tale of a Canadian man of Pakistani origin who called himself Abu Huzayfah and claimed to have been a member of the Islamic State who had taken part in killings in Syria. During the course of reporting for the series, The Times discovered significant falsehoods and other discrepancies in Huzayfah’s story…As a result, The Times has concluded that the episodes of ‘Caliphate’ that presented Mr. Chaudhry’s claims did not meet our standards for accuracy.”

“This failing isn’t about any one reporter. I think this was an institutional failing,” Times Editor Dean Baquet said. “We fell in love with the fact that we had gotten a member of ISIS who would describe his life in the caliphate and would describe his crimes. I think we were so in love with it that when we saw evidence that maybe he was a fabulist, when we saw evidence that he was making some of it up, we didn’t listen hard enough.”

Media Research Center’s Dan Gainor commented, “The New York Times never changes. The paper won a Pulitzer in 1932 for lying about the Soviet genocide that killed millions of Ukrainians. Now it wins a Peabody Award for lying about ISIS. It should teach the rest of us not to trust Times reporting.” He nailed it.