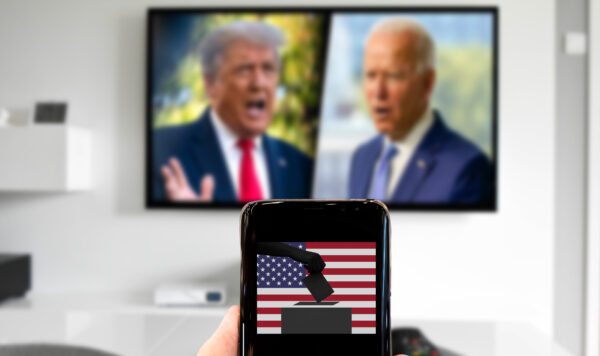 It should come as no surprise by now that the 2020 election was stolen by the Democratic party. While President Trump defied COVID-19 and continued to campaign, showing his support for the country, Biden hid in his basement, hoping people would vote for him come election day. As it stands, Biden is the President-elect somehow amassing more votes than any President in the history of the United States. While evidence continues to mount, a new study shows just how the Democrats beat Donald Trump on election night.

In a new study released by the Department of Justice, Senior Advisor John Lott revealed just how rampant voter fraud was in the 2020 election. According to Lott, the Democrats beat Donald Trump by simply taking away votes from Trump and giving them to Biden. But what about the evidence. Well, that would take us to the runoff election in Georgia.

Being a Democratic stronghold for the election, Georgia came under fire for how they handled the vote counting for the election. As Lott found, more than 11,000 votes were subtracted from President Trump in Fulton County. But that isn’t all, Lott also found that there were over 44,000 votes subtracted from Trump in another key state – Pennsylvania.

But what about Biden? Lott was sure not to leave him out as he also revealed that the President-elect received an additional 289,000 “excess” votes in 5 key battleground states. When it all adds up, it is easy to see how Biden and the Democrats used the Dominion software to steal the election from the Republicans and America.

Lott’s findings didn’t go unnoticed as even President Trump tweeted the findings, showing the American people just how dirty the Democrats really are. But as the weeks continue on, more and more evidence is coming to light, alerting citizens that their country is being controlled by an elite party of Democrats set on stealing the freedoms of Americans.

The American people can’t sit idly by why the Democrats continue to parade around, taking whatever, they like, including the White House. Still reeling over their 2016 loss to President Trump, the Democrats are set on doing whatever it takes to win, even if it includes rigging election and committing voter fraud.

This piece was written by Jeremy Porter on December 31, 2020. It originally appeared in DrewBerquist.com [4] and is used by permission.