Lessons Learned As A Target of A Media Disinformation Campaign

The leftist media has it's own rules.

Twice in the 20th century, the U.S. was nationally obsessed with the Russians. Both Red Scares, the first in 1917 and the second in 1947, were a result of legitimate suspicions of communist influence and espionage. Today, lesser understood but just as pervasive, we’re experiencing a third red scare — something I call the Red Smear.

Real journalism matters. We need to support truth telling and to find journalists who are willing to speak truth to power and who will root out mis/disinformation. In this environment of social media, real news organizations need our support. I will do my part. pic.twitter.com/GDptvecLdq

The Red Smear is defined by the way the media stopped at nothing, often resorting to irresponsible conjecture, as they chased after even the slightest suspicion that Trump colluded with the Russians. In their search for Trump-Russia ties, no target was too far-fetched.

As I have pointed out in articles in other media outlets, about 3 years ago in a bizarre turn of events, I was targeted by several unethical reporters – unknown career hacks who smear people for a living in third tier publications. Apparently, thanks to encouragement from hired PR shills and my Slavic first name, I managed to fit the bill of a “suspicious Russian.”

I was singled out this way by Kevin G. Hall and Ben Wieder from McClatchy DC, and Angela Hart, from the Sacramento Bee.

The experience of being considered a possible colluder by reporters who were reckless with facts has been surreal. In the process, I have learned lessons to share in the hopes that my experience helps others.

Seemingly innocent photos can come back to haunt you later. I am an occasional Instagram and Facebook poster, sporadically uploading photos of me with friends. Some photos I’ve posted were of politicians I have become friends with over the years. I also post pictures of nature and Robert Frost poems. Innocent stuff.

But you can be fired from your job for what you post online. You become more vulnerable to home robberies if you share your traveling excursions on social media. People are watching your every digital move, and every image is up for interpretation and can easily be twisted and manipulated to tell a false narrative. Be careful what you post.
Because media companies operate with virtual impunity, the veracity of trumped up, scandalous allegations is never easier than finding a theoretical and often confidential second source to confirm whatever lie an unethical journalist wants to print. Kevin Hall and Ben Wieder, for example, alleged that I lied about my education, had an 8-million-dollar judgement, was involved in illegal lobbying, was a criminal, and owed money to an Israeli security consultant (who decided it was okay to discuss his former client with someone who claimed to be a reporter) — all false. Angela Hart falsely asserted that I was in trouble with the Department of Justice.

McClatchy eventually made corrections to these published lies, but not to all. Like many media companies, McClatchy relies on the sad statistic that very few smear targets sue because suing is extremely expensive, and laws which are in dire need of revamping strongly favor media companies.

Avoid finding yourself in a bad fact pattern – even if you are completely innocent. This brings me to another lesson.

My problem started with a small online group of cyberbullies – pathetic self-loathing losers trying to get attention. These conspiracy-focused Internet trolls are untrained, self-proclaimed “citizen journalists” tracking the backwaters of Twitter and obscure left extremist blog sites. I failed to confront them at the start and their off-base musings may have reached tumbleweed reporters like the ones from McClatchy.

Eventually, I fought back. I hired a law firm that specializes in media law to exact corrections. Instantly, one reporter’s outlet retreated and published fixes. Another writer removed the offending article entirely, without apology, explaining that it didn’t get many “hits” anyway. Some of the others did not respond at all.
Strangely, none of the offenders saw me as a human being. I was just a story to them – dehumanized and objectified. But the news cycle moves on, right? It might, but it takes time, determination, money, and legal help to stop a media disinformation campaign.

My advice: defend your honor and hold the scoundrels accountable. I arrived in America with my parents, immigrants fleeing Soviet oppression. So, why would I want to help the Russians plant Donald Trump as their Manchurian candidate in the White House?
The only true assertion in the hit pieces McClatchy published is my “otherness.” I am in fact a “Soviet émigré,” as one bumptious journalist, described me. I am also an American citizen. I love my country, and I have practically spent my entire life in America. In an age where the fair treatment of immigrants is a media focus, perhaps they should add the footnote, “unless you seem like you are from Russia.”
Take it from me: if you are ever targeted by a smear campaign, don’t lose your “otherness,” whatever it may be. This may be the most important take away I can impart from my experience as a former target of a baseless smear from leftist social media trolls disguised as journalists. 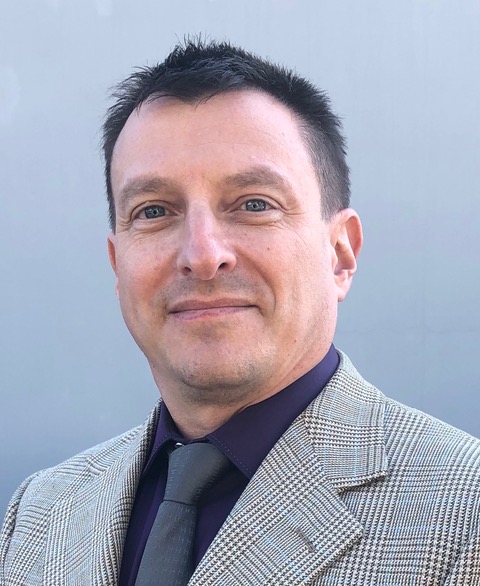 Yuri Vanetik is an American attorney, political strategist, and investor. He is Lincoln Fellow at the Claremont Institute.

Pelosi’s Days As Speaker Are Numbered

Looks Like Joe Biden Wants to Visit Your Bathroom