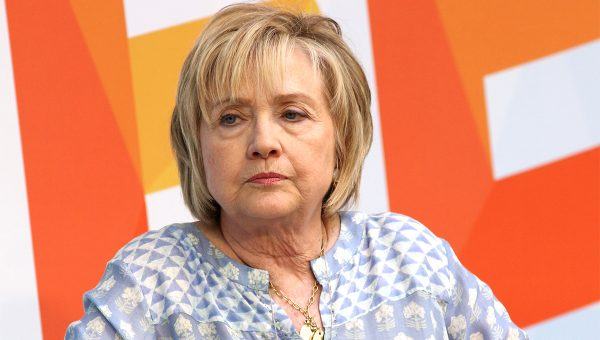 Newsmax is reporting Wednesday afternoon that Hillary Clinton is being considered for the secretary of defense slot. We’ll wait until you turn off the defibrillator.

Here are four reasons why you should be outraged about the rumors of Hillary Clinton becoming the secretary of defense. pic.twitter.com/ypp4NLv7Vh [1]

Anyone recall Benghazi, where she cowardly left Americans to die and then lied about it afterwards? Given her obvious demented megalomania, is this the person we want in the nuclear chain of command? Hillary in direct charge of the armed forces? Oh, nothing can go wrong there, right? Can you say “putsch”? We knew you could.

Why might Biden do this? Several reasons. One, he’s bringing on a lot of people who know where the bodies are buried, lest they go rogue and advance a narrative not to the administration’s liking. Many of them are Obama-Biden junior varsity and old leftist Washington hands. The goal is to make the Trump administration seem like that episode of the 80s show “Dallas”, where the entire last season was shown to be a dream. Bob Newhart and Breaking Bad also pulled that off as spoofs. But, we digress.

Making Hillary secretary of defense could be a bone thrown to the hard left, as their darlings Bernie Sanders and Elizabeth Warren seem to be shut out of the Cabinet. They were slated for Labor and Treasury, respectively. Former Fed Chair Janet Yellen is going to Treasury and Labor is still open. Biden insiders may think, given they plan to gut defense and the armed forces, why not give defense to Hillary? She’ll be in charge of a hollowed out military anyway. Though personally, I wouldn’t trust her with a plastic bow and arrow set.

FNC: “Joe Biden indicated on Tuesday that he wanted to keep some of his former progressive rivals in the Senate, further diminishing the chances of Elizabeth Warren or Bernie Sanders joining his Cabinet. Speaking with NBC News’ Lester Holt in his first interview since the Nov. 3 election, Biden said the two progressive senators – who ran their own unsuccessful campaigns for president – were key to helping pass his ‘very ambitious, very progressive agenda.'” That cooks their gooses and it must be especially galling to Bernie Sanders, as Hillary, just like she did in 2016, bests him in another Democrat intramural contest.

This piece was written by David Kamioner on November 25, 2020. It originally appeared in DrewBerquist.com [3] and is used by permission.