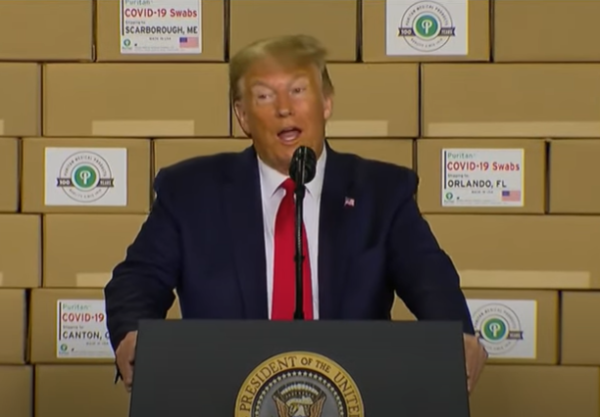 In a sign he’s still fighting hard for the integrity of future elections, the president has moved his emphasis to a state certification strategy to deny Biden the stamp of official approval before the Electoral College meets in December.

Newsmax: “President Donald Trump’s effort to defeat Joe Biden and hold on to the White House for a second term is shifting from the courts to election boards that certify the vote. The battle is centered in the battleground states that apeared to have sealed Biden’s win. In Michigan, two Republican election officials in the state’s largest county initially refused to certify results, then backtracked and voted to certify and then on Wednesday flipped again and said they ‘remain opposed to certification.’ Some Republicans have called on the GOP statewide canvassers to so the same. In Arizona, officials are balking at signing off on vote tallies in a rural county…Matt Morgan, the Trump campaign’s general counsel, said last week the campaign was trying to halt certification in battleground states until it could get a better handle on vote tallies and whether it would have the right to automatic recounts. Right now, Trump is requesting a recount in Wisconsin in two counties, and Georgia is doing an hand audit after Biden led by a slim margin of 0.3 percentage points, but there is no mandatory recount law in the state. The law provides that option to a trailing candidate if the margin is less than 0.5 percentage points.” This is happening in several states.

“The party is pushing for not only the county supervisors but everyone responsible for certifying and canvassing the election to make sure that all questions are answered so that voters will have confidence in the results of the election,” said Zach Henry, spokesman for the Arizona Republican Party.

“There are lawsuits all over the place on everything, and that’s part of the reason why I’m in no big hurry to canvass the election,” Mohave County, Arizona Supervisor Ron Gould said Monday.

The battleground states are all under the gun to prove out their numbers. “They are overwhelmed, and they are trying to get to everything,” said Gabriel Sterling, with the Georgia Secretary of State’s Office. “Some of these are smaller, less resourced counties, and there are only so many people who can do so many things.”

This is the president’s last chance. It’s a slim one, but there’s a shot here. If successful it would be a victory of reality over perception. Though usually in politics, perception wins.

This piece was written by David Kamioner on November 19, 2020. It originally appeared in DrewBerquist.com [2] and is used by permission.