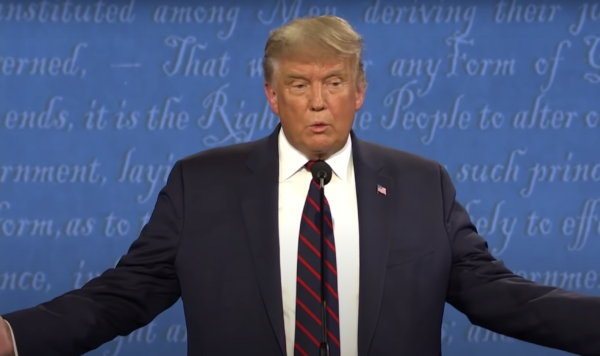 President Donald Trump’s economic recovery has lead the Dow to hit 30,000 points for the first time ever, but consumers are not confident about the future.

Trump: “That’s A Sacred Number, Nobody Thought We’d Ever See It”

The Dow Jones has soared to 30,000 points for the first time in history, [1] trading 1.75% higher on Tuesday. All other stock markets saw similar gains, wiht the Nasdaq climbing 1%, and the Russell 2000 also hitting an all time high.

“The stock market has just broken 30,000. Never been broken that number. That’s a sacred number, 30,000, nobody thought we’d ever see it,” President Trump said at a press conference at the White House.

“That’s the ninth time since the beginning of 2020, and it’s the 48th time that we’ve broken records during the Trump administration, and I just want to congratulate all the people within the administration that work so hard,” President Trump continued, also thanking the American people.

One potential reason for the spike in the stock markets, and the Dow specifically, is down to President Trump’s “Operation Warp Speed,” [2] with the government working together with pharmaceutical manufacturers to produce a coronavirus vaccine in record time.

“I’m very thrilled with what’s happened on the vaccine front, it’s been absolutely incredible,” President Trump said. “Nothing like that has ever happened medically, and people are acknowledging that, and I think it’s having a big effect.”

However, it seems that consumer confidence for next year is not on the rise. The Conference Board’s Index of Consumer Confidence saw a big rise at the news that President Trump had been elected back in 2016, but this has not been replicated with the assumption that Biden won the election.

Consumers who expect that business conditions will improve over the next 6 months dropped from 36% to 27.4%, [5] and those who expected more jobs to be created in the next 6 months fell from 32% to 25.9%. Confidence is not yet back at pre-coronavirus levels.

However, this narrative is not something you would see in the mainstream media. When addressing the earlier Dow gains, CNN implied that the stock market jump was down to Biden’s team being granted transition tools, and not the hard work of President Trump.

Read more at ThePoliticalInsider.com:
Trump Vows to Continue the Fight Against What He Calls ‘Most Corrupt Election in American Political History’ [9]
Ilhan Omar Slammed By Georgia GOP Women – ‘You Married Your Brother’ [10]
Trump Supporting Actor Scott Baio Threatens to Move to Utah to ‘Unseat’ Mitt Romney [11]