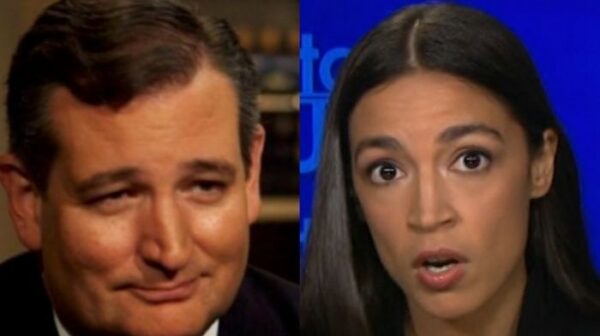 As the holiday approaches politicians are trading charges over every conceivable notion, oblivious to the fact that the political class as a whole, both parties, have put the nation in the state it is in.

The reliance on government to ably fight the virus was the first mistake. The second was the president crippling the economy in a clumsy attempt at virus action. And finally, after all that, politicians still trade barbs like children at recess. We have a lot to be thankful for in this nation, but our political class ranks at the bottom of that list.

FNC: “Rep. Alexandria Ocasio-Cortez and Sen. Ted Cruz traded barbs over whose party is responsible for a high-stakes stalemate over another coronavirus aid package after Congress left Washington for a weeklong Thanksgiving recess with no deal in place. Democrats in the Senate have more than once filibustered a vote on the scaled-back GOP proposal, most recently at the end of October. The bill, less than a third of the size of the $2.2 trillion figured back by Democratic leaders, included boosted federal unemployment benefits, another round of funding for the Paycheck Protection Program, a key small business rescue program, money for schools and liability protections for businesses.”

AOC whined, “People across the country are going hungry, COVID is set to explode, and Mitch McConnell dismissed the Senate last week,” Ocasio-Cortez, D-NY, tweeted Monday. “I don’t know how these people can sleep at night. I really don’t.”  They do it with pillows and maybe a blanket, Ally.

Then Ted Cruz shot back and accused Democrats of repeatedly blocking stimulus backed by Senate Republicans, “Why is your party filibustering $500 billion in COVID relief? And Joe Biden is cheering them on. Thinking that blocking relief somehow helps Dems win Georgia.”

AOC responded in an unbelievably slow witted fashion, “The House doesn’t have filibusters, @tedcruz. We also passed several COVID relief packages to the Senate that not only include >$500 billion, but also prioritize helping real people as opposed to Wall St bailouts the GOP tries to pass off as ‘relief.’ ”

Cruz: “AOC seems not to know there are Democrats in the Senate. Or that Joe Biden (also a Dem) is publicly calling on Senate Dems to continue filibustering COVID relief because he thinks it will help them win Georgia.” Of course she doesn’t. She barely knows her address and how old she is. Cruz also weighed in on unenforceable Democrat plans to ruin Thanksgiving.

“Many in mainstream media, bureaucrats, & radical leftists cannot stand that Americans are making their own, free decisions by traveling for Thanksgiving,” also said Rep. Andy Biggs, R-AZ. “Expect a historic War on Christmas in return. Opponents of freedom will be thirsty for revenge on freedom-loving Americans.” This publication has said the same thing. Expect it.