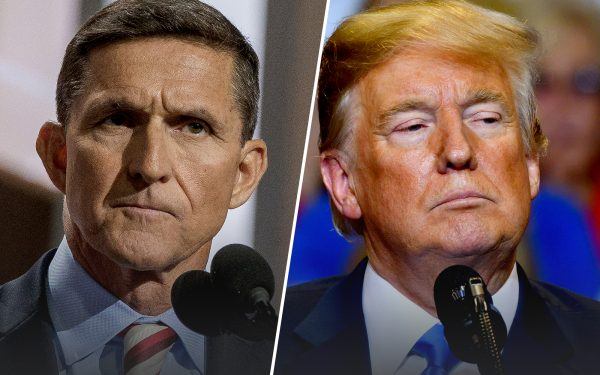 President Donald Trump has given a pardon to General Mike Flynn, his former National Security Advisor, in a move that was long suspected.

Trump: ‘I Know You Will Now Have A Truly Fantastic Thanksgiving!’

President Trump announced the pardon of General Flynn with a tweet on Wednesday afternoon.

“It is my Great Honor to announce that General Michael T. Flynn has been granted a Full Pardon. Congratulations to General Flynn and his wonderful family, I know you will now have a truly fantastic Thanksgiving!” the President tweeted.

It is my Great Honor to announce that General Michael T. Flynn has been granted a Full Pardon. Congratulations to @GenFlynn [1] and his wonderful family, I know you will now have a truly fantastic Thanksgiving!

General Flynn had acted as a National Security Advisor for President Trump during the early years of his presidency, and was a key campaign surrogate for the President on the campaign trail, along with playing a crucial role in his transition team.

However, he left the White House after only 24 days, after he had a conversation with the former Russian ambassador, Sergey Kislyak, about Obama-era sanctions. Flynn then allegedly lied to Vice President Pence about the discussion, and left shortly thereafter.

Russiagate Conspiracies Abounded Over The General

With this conversation, Flynn became a key component in the left’s RussiaGate conspiracy theory, where they claimed that President Trump was some form of Russian asset or agent under the control of President Putin.

Flynn pled guilty to lying to the FBI in January of 2017, [4] after being interviewed without a lawyer present by the agency. However, he withdrew his plea in January of this year, claiming that there had been serious prosecutorial misconduct.

In fact, The Political Insider’s John Hanson noted [5] earlier this month that former Vice President Joe Biden’s team was already having conversations with foreign leaders and ambassadors before he has officially been confirmed as president, which is what Flynn was accused of and charged for.

.@brhodes [6]: Biden is already “having phone calls” with foreign leaders about “the agenda they’re going to pursue January 20th” pic.twitter.com/ynHspaEDxE [7]

With the recanting of the guilty plea, a pardon by President Trump of Flynn was long suspected, and news first broke on Tuesday that the pardon was imminent, with two sources close to the President telling Axios of the situation. [9]

Flynn was represented by Sidney Powell, [10] a lawyer who is currently working to uncover alleged voter fraud in this month’s presidential election.

Read more at ThePoliticalInsider.com:
Trump Vows to Continue the Fight Against What He Calls ‘Most Corrupt Election in American Political History’ [12]
Biden: I Will Immediately Push To Grant Citizenship To 11 Million Illegal Immigrants [13]
Ilhan Omar Slammed By Georgia GOP Women – ‘You Married Your Brother’ [14]