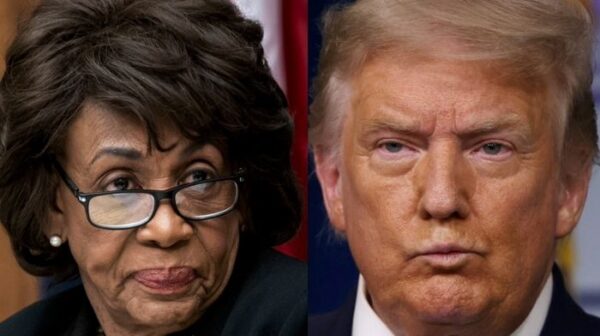 Rep. Maxine Waters (D-CA) spoke out on Monday to boldly declare that Donald Trump’s presidency is over, despite the fact that he is still fighting the result in court through various legal challenges. Not stopping there, she also called for an official investigation against Trump to be launched by the U.S. government.

Waters, who has made a national name for herself over the course of four years by bashing Trump in the most deranged ways possible, went on Joy Reid’s MSNBC show on Monday to declare that his presidency has ended.

“Of course, this president has disappointed us in every turn,” Waters said [1], ignoring the fact that over 70 million Americans still voted for him. “I wish I could say I’m surprised at what he’s doing. This way that he is trying to make people believe that somehow he actually won the election, that the Democrats have all been a fraud, not counting the votes properly on and on.”

Not stopping there, Waters doubled down by saying “the door is closed” on his presidency.

“So let him keep going as far as he wants to go even though the door is closed on him now,” she added. “There’s nowhere for him to go. If he wants to try and keep going to the Supreme Court, let him try. It’s over. Now, we have a president-elect and vice president who will take this country in another direction and create the change and appreciation for diversity and talent that will help the democracy to be stronger. I’m looking forward to inauguration.”

Waters also said that she would “certainly would be in support of investigating the president of the United States.”

“What he has done in the four years that he has served as president is simply unconscionable, I think criminal in some cases,” Waters said, according to The Sun [2].

“He’s placed this country in danger,” she continued. “And the president of the United States is supposed to be about making sure that the country is safe and secure, and he has done everything possible to undermine our democracy. I don’t think that can be overlooked.”

“We should send a message across the world that we will not tolerate the undermining of our democracy in the way this president has done,” Waters added. “So again, I don’t know what President-elect Biden would do, but I certainly would support investigating the president.”