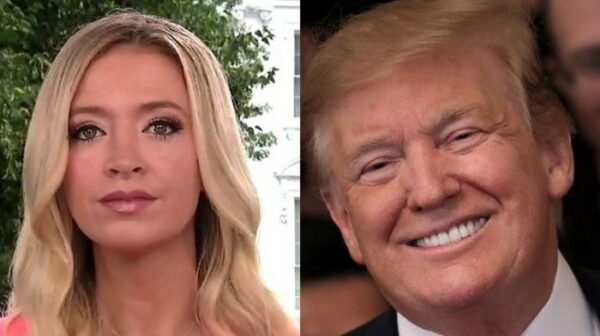 McEnany told Fox News [1] that though the Trump campaign is currently preparing for a legal battle in the hopes of stopping Pennsylvania from counting votes delivered late by the Postal Service, she does not believe it will be necessary to take this all the way to the Supreme Court because she feels that the president will win outright.

“We believe if we go to the Supreme Court on this, we don’t even think this will be necessary, let me start there by saying we’re going to win outright,” McEnany explained. “But should those three extra days of ballots matter, we believe we’ll prevail at the Supreme Court.”

She went on to argue that recounts in various states could put Trump back on the path to securing 270 votes in the Electoral College.

“That’s why we are doing the recounts in Wisconsin, why we’re looking at Michigan as well having the poll observers,” McEnany said. “We’re looking, but we believe the path runs through Arizona, Pennsylvania, keeping Georgia, which we’re already in the lead there.”

The press secretary also talked about how sketchy the situation in Pennsylvania has been historically.

“Philadelphia, in particular, has a history of very peculiar results,” McEnany said. “You had 59 different precincts where Mitt Romney got precisely zero votes [in 2012], which is very unlikely and curious indeed … You had a Democrat individual who was charged for — in 2014, 2015, and in 2016, — stuffing the ballot box with fraudulent ballots. So we want to be on alert. ”

She then alleged that election officials had forced poll workers to stand several feet away, impeding their ability to see the counting process properly.

“That’s what this lawsuit is all about, free, transparent, observation of what’s going on in Philadelphia,” McEnany said. “Right now, we are not being given that.”