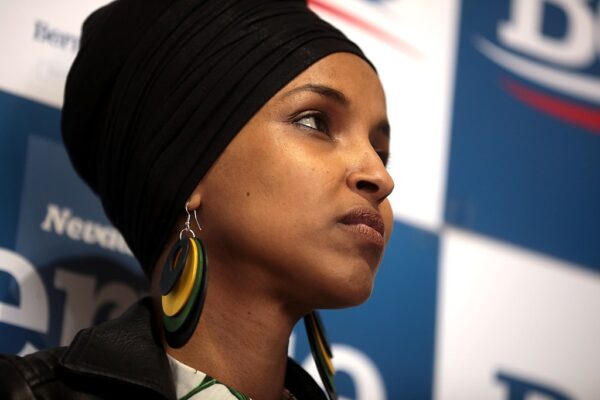 AOC is attractive, but the other members of the Squad have no redeeming qualities at all. I mean zip, nada, zilch. But the worst of the coven must be Ilhan Omar because she is easily the dumbest. She makes AOC look like Stephen Hawking. She regularly proves this proposition. This week was no exception.

FNC: “Rep. Ilhan Omar, D-Minn., faced a wave of backlash on Wednesday after she attempted to school Sen. Marco Rubio, R-Fla., on the Bible. The issue arose after Rubio criticized Georgia Senate candidate Raphael Warnock for claiming that one couldn’t serve both God and the military. In response to Rubio’s criticism, Omar posted a verse from the Gospel of Matthew, both misspelling Matthew and, others alleged, misinterpreting Jesus’ words.’Mathews 6:24,’  she tweeted along with an embarrassed face emoji.” Yeah, you remember the Book of… Mathews? And, “dmoney,” was that biblical coinage?

“No one can serve two masters, for either he will hate the one and love the other, or he will be devoted to the one and despise the other. You cannot serve God and dmoney.”

The lies and smears of the GOP have no boundaries, but this is a disgrace and shameful. https://t.co/1G6OhsL2B5 [1]

She, getting both the context and the meaning wrong, opined, “‘No one can serve two masters, for either he will hate the one and love the other, or he will be devoted to the one and despise the other. You cannot serve God and dmoney.’ The lies and smears of the GOP have no boundaries, but this is a disgrace and shameful.” She followed that with: “The point here is that as a Muslim I know that @ReverendWarnock is quoting scripture in his sermon here, so I am sure Rubio does too, but he is willing to lie and make mockery of himself.” The mocking of her began immediately. Score one for Rubio.

Interestingly enough, I’ve searched my Holy Bible front to back and have yet to find the Book of Mathews…

You and candidate Warnock are both taking this passage out of context to try and score political points. These verses are about money and possessions. You should spend a bit more time reading the Bible, Congresswoman.

On Thursday she then made herself more annoying to her own party by ignoring the House election results, in which the Republicans did well, and trying to drag the Democrats further left, “As soon as the election was over … we have seen the pundits and some of the leaders within the Democratic Party, or even some of our colleagues, who are freshmen, talk about us getting back to basics — saying you know, the squad — Alex[andria Ocasio-Cortez], Ilhan, Rashida [Tlaib], all of you have to stop talking about everything you talk about, because we need to get back to basics.” Oh, do go on.

An unnamed Democrat House member put it best, “We should have won big but you know, the defund the police issue, the Green New Deal — those issues killed our members. Having everybody walk the plank on qualified immunity with the cops. That just hurt a lot of members. No one’s taking responsibility for it,” anonymously said Rep. Abbie Spanberger of Virginia.