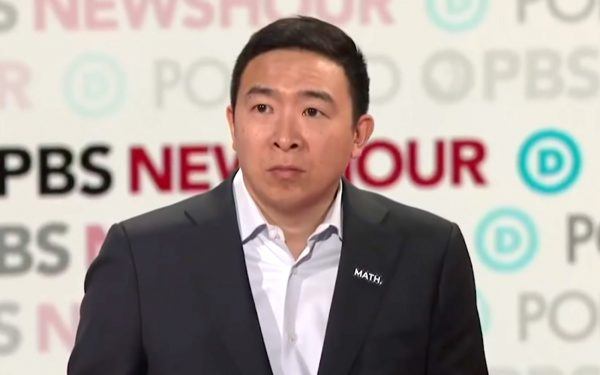 Ever had an infestation of something? Perhaps slimy disgusting bottom feeding creatures who bring disease and revulsion with them wherever they go? Then you may know how Georgians are feeling as they hear the news that California-based Democrats, the lowliest species known to man, will be decamping to their state to help fight the early January Senate runoffs.

FNC: “A host of California residents and California-based political organizations are prepared to descend on Georgia to campaign for two Democratic U.S. Senate candidates whose victory would have profound implications for the direction of the country. The San Francisco Chronicle reports that Democrats in the Golden State have been hounding political organizers with questions about how they can travel to Georgia to volunteer for Democratic candidates Jon Ossoff and Rev. Raphael Warnock. The runoff election has fired up Democrats from out of state. According to campaign finance data, more than 83% of funds for Ossof’s campaign came from outside Georgia, as did nearly 80% of funds for Warnock’s fall campaign.” What a surprise, no one in Georgia wants to give them squat. It’s all out of state socialist cash.

A truly repugnant California organization named Flip the West, “dedicated to harnessing grassroots power to help Democrats take back the U.S. Senate,” has committed to at least 7,500 phone bank shifts to make calls to Georgia voters to annoy them into voting Democrat. More than 16,000 California hippie buttinskis have signed up to send Marxist postcards to put upon Georgia voters, reminding them to vote communist in the upcoming election.

This is a phenomenon other states have faced. Colorado used to be a red state until an infestation of Democrats. Arizona has been diagnosed with an approaching case of the plague. The big target for the bug? Texas.

Ronnie Cohen, the executive director of the vile Flip the West group, said the volunteer enthusiasm “is unprecedented for us.. Often you have to nudge people to phone bank. It just shows the passion people have for this.” She has been bombarded with calls asking her: “When do I move to Georgia? Where can I stay? Should I get a block of hotel rooms?” Even failed presidential candidates are getting into the carpetbagging act.

“Great news #yanggang – Evenlyn and I are moving to Georgia to help @ossoff and @ReverendWarnock win!” Andrew Yang tweeted earlier this month. “This is our only chance to clear Mitch out of the way and help Joe and Kamala get things done in the next 4 years.”

The best thing we could do for Joe is to get him a Democratic Senate. There should be coordination of resources. Everyone who campaigned for Joe should get ready to head to Georgia. I’ll go. It’s the only way to sideline Mitch and give Joe a unified government.

But Georgia state officials warn the traveling STD outbreak that they may not be welcome. “In order to be able to register to vote in Georgia, you have to be a Georgia resident,” said Gabriel Sterling. “That means you have to believe you are staying in Georgia. Those who try to vote in Georgia while merely visiting the state may face felony charges punishable by up to 10 years in prison and a $100,000 fine.”