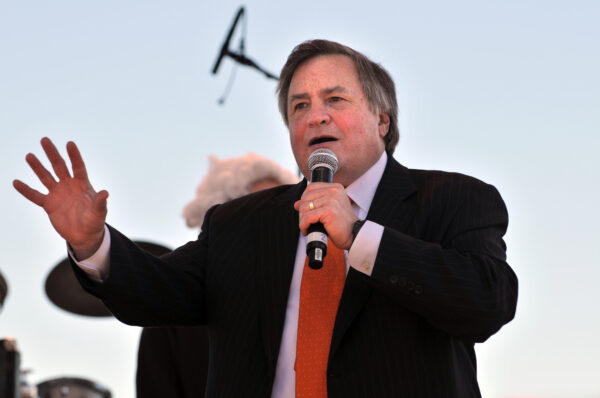 Dick Morris, along with Lee Atwater, Jim Carville, and Karl Rove, the best of the modern political gunslingers, has come to the same conclusion we did last weekend when the president tacitly acknowledged it: This election was unfairly stolen from the president and the American people and the Democrats are going to get away with it.

Newsmax: “Confident the election was stolen from President Donald Trump, former Democrat strategist and White House adviser-turned-author Dick Morris told Newsmax TV he is not confident it can be fixed. “And then state after state, you kept watching, that he was doing better than he had done in 2016,” Morris said. “And then at 10 p.m., the hammer came down. The curtain came down, literally and figuratively. And then, all of a sudden, votes started piling up against Trump, in some cases the vote counts jumped astronomically. In Michigan, I believe, 100,000 votes came in for Biden and none for Trump within a space of about three minutes.

“In Wisconsin, there were six counties that suddenly had ballooning turnouts – 20% higher than normal and the rest of the state . . . underperformed the normal performance of a Democrat. And I believe this election was absolutely stolen.”

Is Morris of the opinion that the problem will be resolved and the president will serve a second term starting in January? “No, no, I’m not,” he told host Greg Kelly. “I wouldn’t say that. It’s very possible that [Joe] Biden will be the next president. You asked if I was confident that it had been stolen. I certainly am. And I think that we have to fight and fight and fight to get the truth out here, about Dominion and about the recounts.”

Morris, as we have also recounted, reminds us that this isn’t the first time this sort of thing has taken place.

Nor will it be the last. Democrats now know their unholy alliance of media, pop culture, and violent mobs can override democracy. They can make a false perception a reality by saying a big lie enough times. They have mastered Orwellian newspeak to the point a lot of them actually believe it. Can we overcome this? Yes.

But first, we have to lose some illusions. We have to stop thinking some deus ex machina force in the sky is going to get us out of this. Gott mit uns is not working or we wouldn’t be looking at a Biden administration in the first place. The only thing we can rely on is ourselves.

Next, the truth doesn’t always work. If it did, same deal as above per a Biden administration. In fact, Churchill said, “In wartime, truth is so precious that she should always be attended by a bodyguard of lies.” Yup. No more Mr. Nice Guy. The rules have changed. So should we.