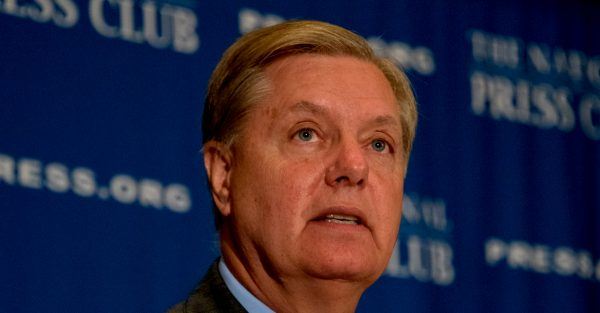 A staggering $104.1 million was spent on the Democratic challenger to Republican Senator Lindsey Graham. It was the most spent on any U.S. Senate race in American history.

Biggest U.S. Senate Haul In History Did Not Matter In The End

But it didn’t matter.

Fox News [3] reported on the numbers, “Harrison announced a record-breaking fundraising haul of $57 million on October 11 for the third quarter of the election cycle.”

But again, it DID NOT MATTER.

The new totals mean Harrison has now passed $100 million mark overall, by far the most any Senate candidate in American history has ever raised and spent for a campaign.

But Harrison’s rapid spending has significantly dwindled his campaign account.https://t.co/FN3gXorwLC [4]

Republicans Perform Better Across The Board Than Many Experts Predicted

“Harrison has also now both raised and spent more than $100 million overall, by far the most of any Senate candidate in American history,” the report continued. “He raked in $107.6 million in donations, but his campaign spent almost as much, doling out $104.1 million.”

“The previous spending record was set in 2018 by Sen. Rick Scott, R-Fla., with $85 million, though much of that total was self-funded,” Fox News notes.

If Republicans keep the Senate, Graham’s chair on the Senate Judiciary Committee will likely be safe.

As of this writing the presidential race has not been called, but President Trump is having a good showing and it looks like the GOP might hold the Senate.

Even if Trump doesn’t win – this wasn’t the trouncing Democrats said was coming.

Trump and Republicans performed better than many of the polls reflected, and the professional prognosticators will continue to wonder how they got some important things wrong.

Graham-Harrison was supposed to be a toss-up. Graham stomped him. Don't tell me that the polling is holding up this year. And don't tell me to pay undue attention to polling ever again.

RELATED: Graham: ‘We’ve Got The Votes To Confirm Justice Ginsburg’s Replacement Before The Election’  [7]

All The Money In The World…

Harrison was never projected to necessarily beat Graham, but it was considered a tight race that supposedly reflected on Trump’s weakness.

But Graham had a sizable lead over Harrison.

The Republicans had a decent night and if Donald Trump wins – even better. Time will tell.

All the money in the world doesn’t change that.