That Was The Real Kamala Harris

Try as she might, Kamala Harris couldn’t help her real self from coming out during her debate with Vice President Mike Pence.

Harris has worn many hats over the course of her public political career. As San Francisco District Attorney and then as California Attorney General, she branded herself as a ruthless, lock ‘em up prosecutor. As a senator from California with presidential ambitions, she became a crusading “progressive prosecutor” who was not afraid to call Joe Biden a racist, express support for decriminalizing prostitution, or endorse the idea of letting prisoners go free without posting bail. As Joe Biden’s running mate, she has opted for “Gen X Cool” branding, donning cool boots and talking about Tupac being the greatest rapper alive.

But it’s still just branding — an act only tangentially related to an ever-shifting set of principles and policies. That could be seen clearly on Wednesday night when she donned yet another new hat.

MORE NEWS: Washington Correspondent Deletes Tweet Asking ‘What If You Could Perform An abortion With An AR-15?’

One can imagine Harris and focus group consultants cooking this new brand up as a perfect counter to Pence, the staid, stately — even boring — Midwesterner. She sought to come off as the measured moderate with just enough flair to “reclaim her time.” It probably sounded good in staff meetings, but it fell flat in real life. Rather than make Pence look like a bully, she merely exposed her own political vapidness and moral flexibility.

The only times she did get deep into policy, it was to disavow things she supposedly deeply believed until the minute Joe Biden gave her the opportunity to serve as his understudy. She had to assure voters Joe Biden wouldn’t ban fracking, even though she personally supports it. She had to likewise disavow the “Green New Deal” — of which she was an original co-sponsor — because it had become a political embarrassment for Joe Biden. She refused to explain how repealing the Trump tax cuts wouldn’t hurt working Americans. She even tried to hide behind Joe Biden’s nominal Catholicism when Pence pointed out that she had once suggested that the Knights of Columbus is an extremist group based on its orthodox Catholic beliefs.

Most hilarious, however, was watching Harris slip in a milquetoast, one-second condemnation of the racialized political violence in our cities, despite previously calling on her supporters to donate to a BLM bail fund and saying the riots — which she still insists on calling “peaceful protests” — are “not gonna stop” and “shouldn’t.”

Other than that, there wasn’t much in the way of either style or substance, though there was plenty of smirking. I can picture the table full of consultants who told her this was a good idea. It wasn’t. She didn’t come off as someone who was being prevented from speaking, but as someone who had nothing to say.

A new hat can’t cover who Kamala Harris is: a person who would say anything, or nothing, to become the President. Is that such a surprise? After all, she said “yes” to Joe Biden.

David Harris Jr is a fellow of the Falkirk Center, Host of the David J Harris Jr podcast, Founder of UncorkedLiving.com, and the author of “Why I Couldn’t Stay Silent.” 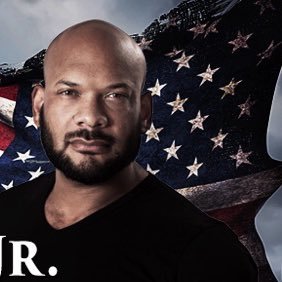 David Harris Jr is a fellow of the Falkirk Center, Host of the David J Harris Jr podcast, Founder of UncorkedLiving.com, and the author of “Why I Couldn’t Stay Silent.”

Washington Correspondent Deletes Tweet Asking ‘What If You Could Perform An abortion With An AR-15?’