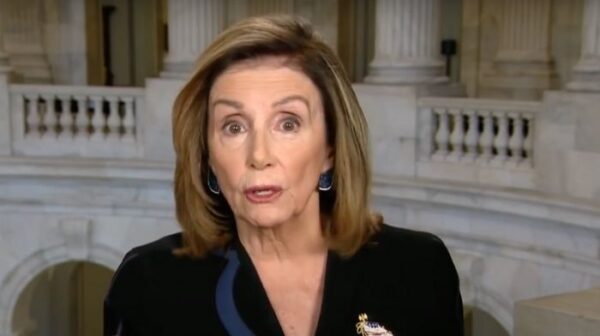 Speaker of the House Nancy Pelosi’s (D-CA) weekly press conference went off the rails on Thursday when a reporter asked her about the “corruption” of Democratic presidential nominee Joe Biden, causing her to come unglued.

A reporter who has since been identified as the Washington Examiner’s Kerry Picket asked Pelosi about the “serious allegations of corruption involving Joe Biden.”

“We’re talking about the coronavirus,” Pelosi added. “I don’t have all day for questions.”

Our @KerryPicket [1] was the only reporter today to ask @speakerpelosi [2] about the growing @JoeBiden [3] laptop/corruption allegations. Pelosi refused to answer: “I’m not answering those questions. We’re talking about the coronavirus. I don’t have all day for questions.”

This is not the first time a question about Biden posed by Picket has hit a nerve with Pelosi, according to Fox News [5]. Back in April, Picket asked Pelosi about the sexual assault allegations Tara Reade made against Biden, questioning if Democrats have a different “standard” for Biden than they did for Supreme Court Justice Brett Kavanaugh when they called for him to be investigated for sexual assault. claims from back when he was a teenager.

“I respect your question,” Pelosi said. “I don’t need a lecture or a speech.”

The Speaker went on to say that she stands by Biden because “there was never any record of this.”

This comes as Biden and his fellow Democrats are continuing to dismiss reports that the former vice president’s son Hunter engaged in corrupt business dealings in the past. Biden campaign spokesman Andrew Bates fired back on Wednesday to push back against the claims after it was revealed that Rudy Giuliani provided the press with emails allegedly belonging to Hunter Biden.

“The Attorney General of Delaware’s office indicated that the FBI has ‘ongoing investigations regarding the veracity of this entire story.’ And it would be unsurprising for an investigation of a disinformation action involving Rudy Giuliani and those assisting him to involve questions about money laundering, especially since there are other documented inquiries into his dealings,” Bates said in a statement.

“In fact, Donald Trump’s own national security adviser warned the president that material furnished by Giuliani should be considered tainted by Russian interference,” he added.