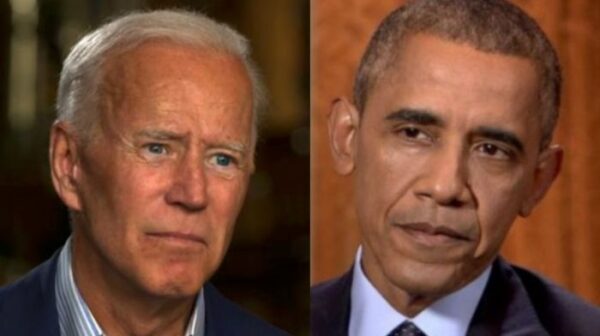 “President Obama plans to hit the trail soon, in addition to all the other activities he’s undertaken all year in support of electing VP Biden – as he’s said, we all have to do everything we can to win on November 3,” one of Obama’s aides told ABC News [1].

Obama has already participated in various virtual fundraisers for Biden, who he gave a speech endorsing at the Democratic National Convention. However, he has yet to travel to any battleground states for his former vice president, likely in part because of the reduced number of appearances Biden has made amidst the coronavirus pandemic.

On Tuesday, the Democratic National Committee released a new video in which Obama encouraged Americans to learn about the voting options in their state.

“So much is at stake in this election — from getting the pandemic under control to building a fairer economy to taking on climate change to protecting our health care,” Obama said. “History shows that the easiest way to make sure that you and your friends vote is to make a plan. And when it comes to voting this year, having a plan has never been more important.”

There's a lot at stake in this election. From getting this pandemic under control to building a fairer economy to taking on climate change and protecting our health care, your vote can make all the difference. Register today and make a plan to vote early: https://t.co/Q2RbOQZwv9 [2] pic.twitter.com/chf7XoUwoA [3]

Also on Tuesday, Biden spoke out to say that he believes Obama is “doing enough” to support his campaign.

“He’s doing enough for our campaign, he’ll be out on the trail, and he’s doing well,” Biden said.

Obama noticeably took months to actually endorse Biden, despite the fact that the candidate was once his Vice President. Obama refused to endorse Biden as he battled a long list of Democrats for the nomination, instead only voicing his support for him once it was clear that he was going to be the candidate.

It remains to be seen whether Obama hitting the campaign trail for Biden will do anything to impact his chances of beating Donald Trump.