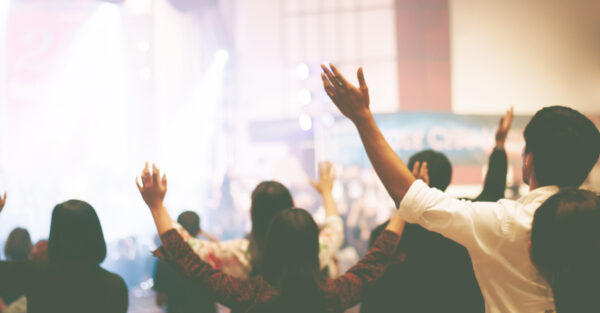 While COVID-19 has caused the economy to stumble and Americans to divide, the Democrats have used this time to attack a fundamental right to all citizens – the right to assemble. Since the outbreak, Democrats have placed their states in lockdown, causing an uproar from local citizens. Now, even churches are standing up to the Democrats as they say it’s their right to worship their God.

Two churches in Denver have decided to take the fight to the Democrats as they claim rallies and protests continue to happen while their churches remained closed. The Democrats used the coronavirus to put in place a plethora of regulations and lockdowns on the American people. What did the Democrats do next? They went on like life was normal, getting haircuts, going golfing. All while the rest of the nation sits at home, waiting for the all-clear from their local Democratic governments.

The Denver Bible Church in Wheat Ridge and Community Baptist Church in Brighton both filed the lawsuit against the state for not allowing them to have service while Black Lives Matter and Antifa have nighty protests with little involvement from the police. Luckily, for the churches – the courts agreed and they won the case.

Talking to reporters, the head Pastor at the Denver Bible Church, Bob Enyart said, “We were so thankful that a federal court would recognize our God-given right to worship him, our creator, without the government interfering.” Given the win, the pastor also hopes that more churches around the nation will step forward and take back their right to assemble and worship as a congregation.

According to the church’s attorney, the ruling will, “allow these churches to exercise their religious beliefs and carry on the religious worship without having to have a capacity limit or mask mandate in the course of doing so.”

While this is a big win for the religious groups, the fight might not be over yet. The appeals process has just started, and a new court could rule in favor of the Democrats and shut down churches. In the past, Democrats have tried to attack Christian churches and schools for supposedly discriminating against the LBGTQ community, but again the courts ruled against the party and let the people practice their religious beliefs.

This piece was written by Jeremy Porter on October 24, 2020. It originally appeared in DrewBerquist.com [1] and is used by permission.