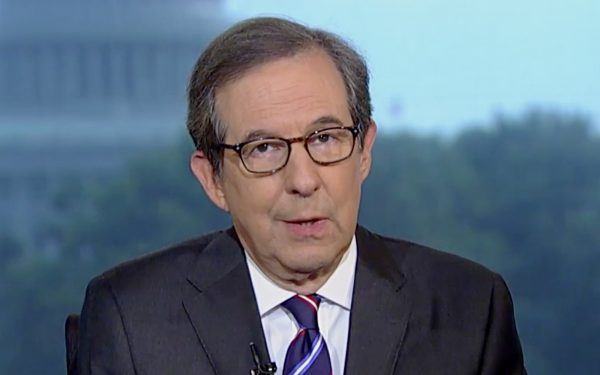 Fox News host Chris Wallace spoke out on Friday to warn President Donald Trump that attacks on Hunter Biden might backfire on him at tonight’s debate.

Wallace said that if Trump brings up Hunter, Democratic presidential nominee Joe Biden may end up referencing the New York Times [1] report claiming that Trump had a secret bank account in China.

“I think the president has to be a little careful here because you heard Barack Obama yesterday point out that The New York Times had revealed that Donald Trump has a secret bank account in China,” Wallace said as he discussed whether or not Trump should bring up Hunter.

“It seems to me Biden will have something to come back at him on,” Wallace concluded, according to Mediaite [2].

Wallace was referring to the fact that Obama spoke out [3] on Wednesday to mock Trump for the New York Times report.

Alan Garten, an attorney for the Trump organization, told The Times that Trump’s company had opened the account in China to pay local taxes there and to pursue business opportunities in the nation.

“No deals, transactions or other business activities ever materialized and, since 2015, the office has remained inactive,” Garten said. “Though the bank account remains open, it has never been used for any other purpose.”

Wallace hosted the first presidential debate as moderator, and his performance was widely panned by both sides. He is known to be no fan of Trump, who has made no secret [4] of what he thinks about the Fox News anchor.

Trump and Biden are set to take the stage tonight in the final presidential debate before next month’s election. For the first time, the candidates’ mics will be muted during the first two minute their opponent is speaking, a move that many see as an attempt to give Trump a disadvantage.