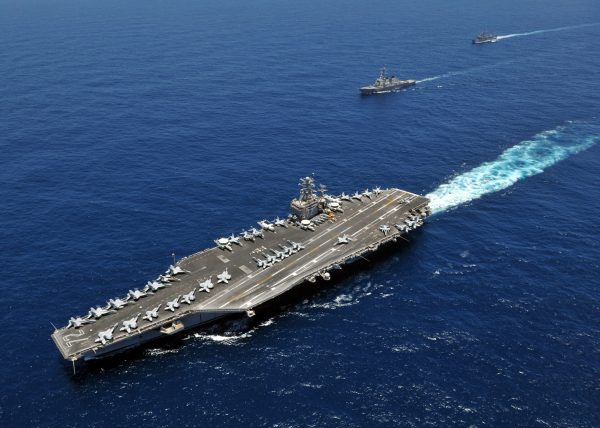 While they remain a menace to Taiwan because of proximity, the Navy of the CCP does not pose a bluewater threat to the U.S. Navy, Defense Secretary Mark Esper said Wednesday at a seminar in California sponsored by the Rand Corporation, a prominent defense think-tank.

The situation is akin to the competition in the late 19th and early 20th centuries between the Royal Navy and the German High Seas Fleet. Try as they might, the Germans, being a land power, just couldn’t measure up against British dreadnoughts. Though their submarines were very effective in two world wars, they never achieved parity with Great Britain or the United States.

The CCP is trying the same game today. Their navy is a regional nuisance, not much more. They cannot project naval power on a global basis as of yet and their entire fleet could be cleaned out by the Annapolis Yacht Club on a slow afternoon. Ok, perhaps a bit of a stretch. But the fact remains the Chinese navy, though actually a bluewater force in the 15th century, would get blown out of the water in any encounter with the American fleet.

Secretary Esper understands the threat of the CCP, “These revisionist powers are using predatory economics, political subversion, and military force in an attempt to shift the balance of power in their favor and often at the expense of others. China, for example, is exerting its malign influence through its ‘One-Belt, One-Road’ Initiative…this campaign has left weaker nations with crushing debt, forcing them to take their economic relief at the expense of their sovereignty.”

And as per naval supremacy, “I want to make clear that China cannot match the United States when it comes to naval power. Even if we stopped building new ships, it would take the PRC years to close the gap when it comes to our capability on the high seas.”

Today, we are at another inflection point – one where I believe unmanned technologies, AI, and long-range precision weapons will play an increasingly leading role.

The Secretary sees opportunities for America and her allies to deter Chinese aggression in the 21st century. A proposed strategic alliance, dubbed the ‘Quad Plus,’ would include the United States, South Korea, Australia, Japan, and India. These four foreign nations are all on the Chinese regional hit list and have every reason to guard their interests against predatory Chinese moves in the Pacific.

South Korea has to deal with Chinese parasite North Korea, Australia and Japan rely on the U.S. Pacific Fleet as a guarantor of freedom, and India and China have been Asian rivals for almost sixty years. All would be well served by such an alliance.

The Secretary closed with, “Finally, to our allies and partners around the world, know that we are committed to strengthening our relationships and preserving the international rules-based order that has benefited us all for more than 75 years. We all have a collective responsibility to prepare for the challenges of the future while addressing the security issues of today.”