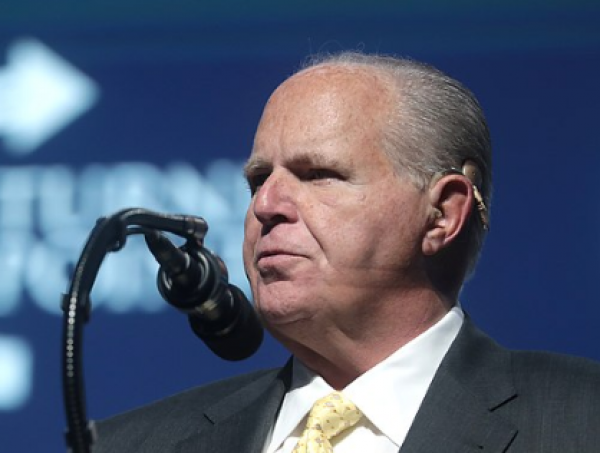 “The Senate report on Hunter Biden and Burisma, you know what it does, among many other things?” Limbaugh asked.

“It proves that Trump was right asking the Ukrainians to investigate Biden.”

“And they impeached Trump over this?” the conservative radio icon continued.

“He was dead-on right asking the Ukrainians to investigate Biden.”

Limbaugh further makes an assertion that the report goes “way beyond ethical violations.”

“We’ve got serious criminal violations that occurred here between Joe Biden, his son Hunter, the government of Ukraine,” he claimed.

Hey ⁦@jaketapper [2]⁩ you spent a lot of time covering Russia over the past 4 years. Now Hunter Biden got $3.5 mil from the wife of the mayor of Moscow (a known Putin associate) so I look forward to your commentary. https://t.co/lKCjLhlZYl [3]

House Democrats impeached the President on the basis of a July 25, 2019, phone call between Trump and Ukrainian President Volodymyr Zelensky.

Trump, according to transcripts of the call [5], asked Zelensky to “look into” former Vice President Joe Biden and his son Hunter.

“A year-long Senate investigation concluded Wednesday that Hunter Biden’s efforts to cash in on foreign business deals during his father’s vice presidency raised alarm among U.S. government officials,” Limbaugh said on his show.

Officials “perceived an ethical conflict of interest and flagged concerns about possible criminal activity ranging from bribery to sex trafficking,” according to the host.

OUT TODAY: Report with @chuckgrassley [6] found millions of dollars in questionable financial transactions between Hunter Biden & his associates and foreign individuals, including the wife of the former mayor of Moscow. https://t.co/R1MxQ4xGKP [7]

The report states [9] that Hunter Biden and his business partner Devon Archer’s firms “made millions of dollars” from an association with Mykola Zlochevsky, the founder of Burisma.

This, while his father served as vice president.

Biden’s financial transactions, according to this Senate report, also include a $3.5 million wire transfer from Elena Baturina, the wife of the former mayor of Moscow.

Can anyone in the media honestly deny that if this were Don Jr. instead of Hunter Biden that it would be the lead story on CNN right now and the front page of The New York Times and Washington Post? https://t.co/LzwDDF3TFV [10]

Regarding Limbaugh’s allegation of sex-trafficking, the New York Post reports [12] that Hunter “allegedly sent ‘thousands of dollars’ to people who appear to be involved in the sex industry.”

Footnotes in the Senate Committee report, The Post adds, contain a statement that “some of these transactions are linked to what ‘appears to be an Eastern European prostitution or human trafficking ring.'”

This is the second time this week that Rush’s commentary has been fairly newsworthy.

During a Monday broadcast, he suggested Senate Republicans skip [13] the confirmation hearings for President Trump’s next Supreme Court nominee and go straight to a confirmation vote.

“It’s [Senate hearings have] become a tradition, but it’s not a requirement,” he explained. “Why not just blow up another tradition?”

“They have to be defeated,” he said of Democrats. “This Supreme Court seat has to be confirmed, it has to be named and confirmed before the election.”