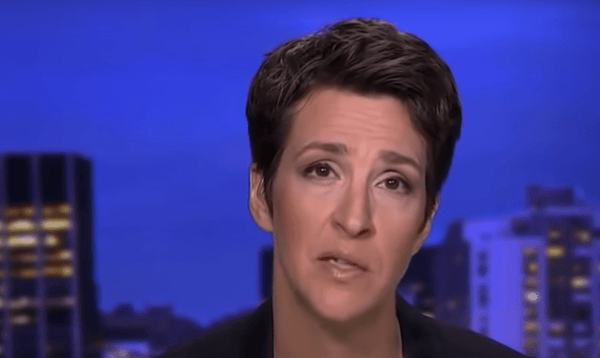 MSNBC host Rachel Maddow just tried to use photos of immigrant children to attack Donald Trump. Unfortunately for her, however, it has since been revealed that the images were taken when Barack Obama was in office.

The MSNBC personality kicked off Tuesday night’s episode of “The Rachel Maddow Show” by showing photos of kids laying on the floor while covered in aluminum foil-like blankets, along with images of other children held in cages, according to Fox News [1].

“They outfitted the kids with Mylar blankets and a lump of padding that was supposed to qualify as a mattress, and they told them to sleep on the floor,” she added, ignoring the fact that the photo that was being shown at that moment was actually from an Arizona facility in 2014, when Obama was in the middle of his second term in the White House.

Another photo that Maddow showed from that same year was of children photographed through a chain-link fence for a Los Angeles Times article that was headlined, “Obama administration acts to ease immigration legal crunch at border.”

You might remember these photos from 2018, when they went viral after repeatedly being used to show the “evils” of immigrants being detained during the Trump administration.

“This is happening right now, and the only debate that matters is how we force our government to get these kids back to their families as fast as humanly possible,” former Obama speechwriter Jon Favreau tweeted at the time, according to Mediaite [2].

Though Favreau deleted the tweet when he realized his mistake, he was not able to do so before it came to the attention of President Donald Trump.

“Democrats mistakenly tweet 2014 pictures from Obama’s term showing children from the Border in steel cages,” Trump wrote on Twitter. “They thought it was recent pictures in order to make us look bad, but backfires.”

The Associated Press went on to publish a fact check about the images.

“THE FACTS: The photos, taken by The Associated Press, were from 2014, during the Obama administration, but were presented by liberal activists as if they showed the effects of Trump’s immigration policy now,” the AP wrote.