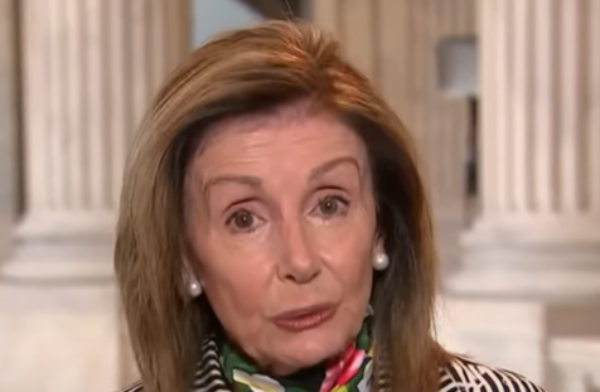 Reading more like a controversy in the British House of Commons than in the U.S. House, the majority may be facing a backbench rebellion of swing members and top party leaders could be plotting against each other. No, it’s not the Tories, but the Democrats, as moderates and other frightened Democrats put pressure on the Speaker to break the logjam with the White House and pass a stimulus bill before members have to go home and face the voters. Voters like this.

It’s time to stop playing games with the American people’s well being while you sit in a multimillion dollar home, eating gourmet gelato out of a $20,000 subzero freezer.People are hungry, they are being evicted, they need help. Stop being a selfish cow and sign the stimulus bill

“We’ve got to get something across the finish line now,” said Rep. Kendra Horn, an Oklahoma Democrat who represents a seat Trump won in 2016 . “This back-and-forth, us-versus-them, tit-for-tat, it doesn’t help my community, it doesn’t help people in my district who need it.”

House Majority Leader Steny Hoyer, D-MD, wants a deal done in September and is putting behind the scenes pressure on Pelosi to make it happen. That includes backstage talks with the White House and leaking against Pelosi. Other Democrats also are running scared at the potential wrath of the voters and want a bill, any bill, now. If it’s a compromise that puts the good of the country before the good of their party, amazingly for Democrats, some are saying okay. Their fear is well founded. A populist uprising against the political class happened four years ago. It could happen in November.

“It certainly won’t be the skinny bill, and it’s not going to be the Heroes Act,” said Rep. Stephanie Murphy, D-FL, referring to the GOP Senate bill and the Democrat $3.5 trillion bill that passed in May without Republican support. “I think there’s a lot that we can work from.”

“There’s clearly aspects of the deal…both sides agree on,” said Treasury Secretary Steven Mnuchin. He mentioned the Paycheck Protection Program for small businesses, money for schools and a restart of enhanced unemployment payments as parts of a possible bill that would have wide bipartisan support and could help House members at the polls.

“It is a middle finger to the American people to pass just the CR and not a Covid relief bill,” said moderate first-term Rep. Max Rose, D-NY, who on Monday told congressional leaders of both parties to deal with the issue.

Leaders of the New Democrat Coalition, a small (compared to the Democrat majority) group of business-friendly House Democrats, said the House should stay in session until a bill is passed. “Our constituents are hurting right now, and they urgently need help,” Rep. Derek Kilmer, D-WA, the group’s chairman, said Monday evening. “At a minimum, said Rep. Scott Peters, D-CA, “Congress should restore the federal unemployment insurance benefits that expired in late July, boost food-stamp assistance and approve a more generous increase in federal spending on Medicaid…It seems particularly cruel and also economically unwise to let those go to zero,” said Peters.

These Democrats are desperate because they know the voters may hold them responsible for lack of action and could take it out on Democrat House members in November. They could very well, for once, be right.