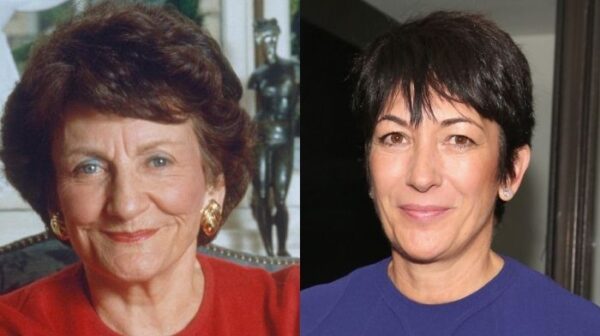 Court documents have just revealed that the British socialite Ghislaine Maxwell managed to dodge lawyers in Jeffrey Epstein’s first sex trafficking lawsuit by lying that she had to look after her “dying” mother.

In a case brought against Epstein in 2009, it was claimed that Maxwell removed her top and suggestively rubbed her breasts against the convicted sex abuser in front of a teenage Giuffre. It was also alleged that the socialite helped to procure underage girls for Epstein as well as photograph the young women nude without their consent, a claim that has since been repeated by her butler.

When American lawyers asked to question Maxwell in court, she told them her mother, Elisabeth Maxwell, was “deathly ill” and she needed to return to the United Kingdom. Her mother would go on to pass away in 2013 in Dordogne, France at the age of 92.

Maxwell was arrested back in July on charges related to her grooming young girls for sex with Epstein, and sometimes participating in the abuse herself. She has been remanded to prison until her trial, which is scheduled for July of 2021, after a judge ruled that she is a flight risk given her immense wealth and international connections.

Prosecutors recently announced that Ghislaine could be hit with even more charges down the line.

“As the U.S. Attorney’s Office for the Southern District of New York has stated publicly, the investigation into the conduct of the defendant in this case and other possible co-conspirators of Jeffrey Epstein remains active,” prosecutors wrote in a court filing obtained by Fox News [2]. “The full scope and details of that investigation, however, have not been made public.”

The filing went on to say that prosecutors obtained Maxwell’s 2016 deposition in a defamation lawsuit that her lawyers are fighting to keep from public view, explaining that they used this deposition to charge the 58 year-old British socialite with perjury.

This piece originally appeared in UpliftingToday.com [3] and is used by permission.

Read more at UpliftingToday.com:
Blake Shelton And Gwen Stefani Going Through A ‘Rough Patch’ After ‘Nightmare’ Move To LA Mansion [4]
Queen Elizabeth Broke 600 Year-Old Tradition After 9/11 Attacks To Honor America [5]
Candace Cameron Bure Fires Back At ‘All The Christians’ Outraged By Photo Of Husband Grabbing Her Breast [6]