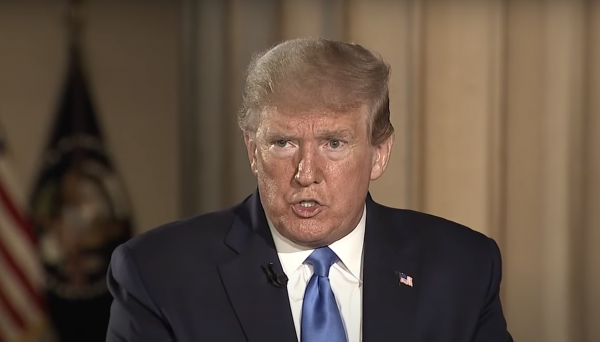 There are times when a judicial decision is so wrong, so frustrating, so disgusting, that it makes you see red. This is one of those decisions.

A judicial panel of the 1st U.S. Circuit Court of Appeals Friday ordered a new penalty phase on whether Dzhokhar Tsarnaev, the Boston Marathon Bomber, should be executed for the 2013 terrorist outrage that killed three people and wounded more than 260 others. The president was spitting mad.

“Rarely has anybody deserved the death penalty more than the Boston Bomber, Dzhokhar Tsarnaev,” Trump wrote on Sunday. “The court agreed that this ‘was one of the worst domestic terrorist attacks since the 9/11 atrocities.’ Yet the appellate court tossed out the death sentence. So many lives lost and ruined. The Federal Government must again seek the Death Penalty in a do-over of that chapter of the original trial. Our Country cannot let the appellate decision stand. Also, it is ridiculous that this process is taking so long!”

Rarely has anybody deserved the death penalty more than the Boston Bomber, Dzhokhar Tsarnaev. The court agreed that this “was one of the worst domestic terrorist attacks since the 9/11 atrocities”. Yet the appellate court tossed out the death sentence. So many lives lost….

The terrorist’s lawyer argued the bomber could not get a fair trial due to media coverage that corrupted the jury pool and that the bomber deserves a “straightforward and fair decision: if the government wishes to put someone to death, it must make its case to a fairly selected jury that is provided all relevant information.”

But given the story got international coverage, that argument, by their logic, would stand anywhere. Thus this is not a question of venue or juries, this is an attack on the death penalty. Judge Rogeriee Thompson, who wrote the order, tried to rationalize it this way, “But make no mistake: Dzhokhar will spend his remaining days locked up in prison, with the only matter remaining being whether he will die by execution.” Nice that she’s on a first name basis with him.

The mother of Krystle Campbell, who was killed in the bombing, was outraged at the decision, “I just don’t understand it,” Patricia Campbell told The Boston Globe. “It’s just terrible that he’s allowed to live his life. It’s unfair. He didn’t wake up one morning and decide to do what he did. He planned it out. He did a vicious, ugly thing.”

Adrianne Haslet, who lost a leg in the attack, was also enraged by the decision, “I’m so livid at today’s ruling by the federal court…The death penalty should be used in this particular case.
This terrorist admitted in court he was guilty of crimes committed against our country. He confessed, with his brother, to a man who testified in court that their plans were to drive to New York and bomb the city too. This terrorist gave the finger when asked if he felt guilty…He is a threat to all of us and he needs to die.”

Rebekah Gregory, who also lost a leg that day, wrote about the ruling, “So people are sitting on death row for far less, and the US Appeals court chooses to overturn the sentence of this COWARD??! All this does is give him the attention he wants, and prolongs the nightmare we have been living the last SEVEN years. Disgusting.”