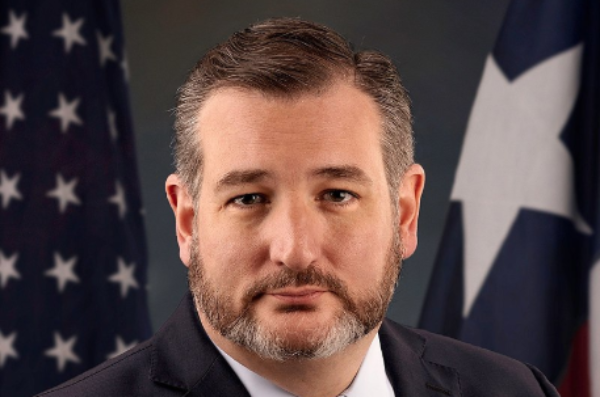 Senator Ted Cruz (R-TX) has been speaking out, as has this publication for months, on the coordinated terrorism Antifa has brought to the streets of America. Over the last couple of days, before and after his Tuesday Senate hearings on the subject, his voice has been strong and clear.

Referring to Antifa, Cruz said, “What’s happening, unfortunately, is not free speech and those who are peaceably protesting are seeing their protests hijacked by violent anarchists, by Marxists who are engaged in acts of terror. Across the country, we’re seeing horrific violence, we’re seeing our country torn apart. Violent anarchists and Marxists are exploiting protests to transform them into riots and direct assaults on the lives and safety of their fellow Americans… At the end of the day, none of this is complicated. Don’t assault your fellow citizens. Don’t firebomb a police car. Don’t loot and destroy small businesses. Don’t murder police officers… Their actions are profoundly racist. The rioters…destroy minority communities, minority businesses and minority lives across this country. This shouldn’t be complicated: peaceful protests must be protected. Riots must be stopped.”

During that hearing Cruz gave Democrat Senator Mazie Hirono of Hawaii a chance to denounce Antifa terrorists. She danced around it and refused, “Sometimes I don’t think you listen… So, how many times have I had to say that we all should be denouncing violent extremists of every stripe,” said Hirono.

“Does that include Antifa?” said Cruz, chairman of the hearing.

“I have the time,” Hirono dodged. “…I hope this is the end of this hearing, Mr. Chairman, and that we don’t have to listen to any more of your rhetorical speeches. Thank you very much. I’m leaving.” With that she ran away before Cruz could embarrass her again.

“Well I appreciate the, as always, kind of uplifting words of Senator Hirono. And I would also note that throughout her remarks she still did not say a negative word about Antifa nor has any Democrat here.” Cruz knows they can’t denounce Antifa terrorism because they encourage it and support it.

Law professor Jonathan Turley also testified as to the effect of Antifa on the national dialogue, saying, “In my three decades of teaching, I have never seen the level of fear and intimidation that we have today on our campuses. Many professors are afraid to voice dissenting views of the current protests or other issues out of fear that they could be accused of racism or even physically attacked… To put it simply, Antifa and these other extremist groups are winning, and few people seem to be taking notice.”

He added, “’The greatest trick the Devil ever pulled was convincing the world he didn’t exist.’ Antifa does exist, and past weeks demonstrate just how adept it is as the ‘Keyser Söze’ of social unrest.”

…As I discuss in my Senate testimony today, Antifa is no myth but its most menacing role in not in specific protests but the growing anti-free speech movement in the United States. https://t.co/R1qrtA94LW [4]