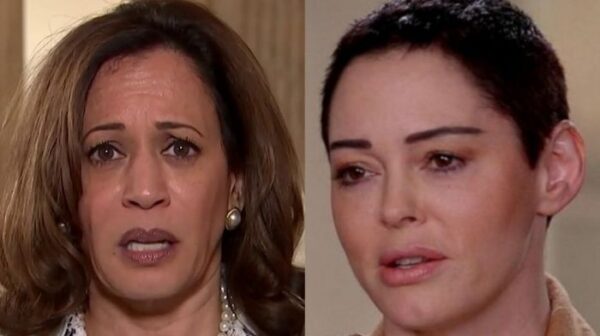 While most of Hollywood is lavishing Kamala Harris with praise one day after Joe Biden named her as his running mate, former “Charmed” actress Rose McGowan is calling her out for her prior connections to disgraced Hollywood producer Harvey Weinstein.

McGowan took to Twitter on Wednesday to call out Harris for accepting donations from Weinstein during her time as attorney general of California.

“Did you return the money Weinstein gave you?” McGowan tweeted. “How many predators bankroll you?”

Did you return the money Weinstein gave you? @SenKamalaHarris [1] How many predators bankroll you? https://t.co/vQmcCllRDB [2]

Records show that back in 2014, Harris accepted $2,500 from Harvey Weinstein for her re-election campaign for California attorney general, according to Breitbart News [4]. She was then given another $2,500 donation from Weinstein for her bid for the U.S. Senate three years later .

Weinstein was known not only for being one of the most powerful men in Hollywood, but also for being a top Democratic donor who gave major donations to such power players as Barack Obama and Hillary Clinton. He is currently serving a 23-year prison sentence for rape and sexual assault after dozens of women came forward to accuse him of taking advantage of them.

One of these women was McGowan, who claimed in her memoirs that Weinstein raped her at the Sundance Film Festival in 1997. She also alleges that the wealthy elites of Hollywood ignored her rape claims against Weinstein for decades, allowing him to prey upon and victimize more young women.

“I felt so dirty. I had been so violated and I was sad to the core of my being. I kept thinking about how he’d been sitting behind me in the theater the night before it happened. Which made it – not my responsibility, exactly, but – like I had had a hand in tempting him,” McGowan wrote [5] of the attack. “Which made it even sicker and made me feel dirtier.”

Harris accepted Biden’s invitation to be his running mate despite the fact that she believed the women who came forward to accuse the former vice president of sexual misconduct that included unwanted touching and kissing.

“I believe them, and I respect them being able to tell their story and having the courage to do it,” Harris said.

I guess for Harris, power for herself is more important than “believing all women,” after all.