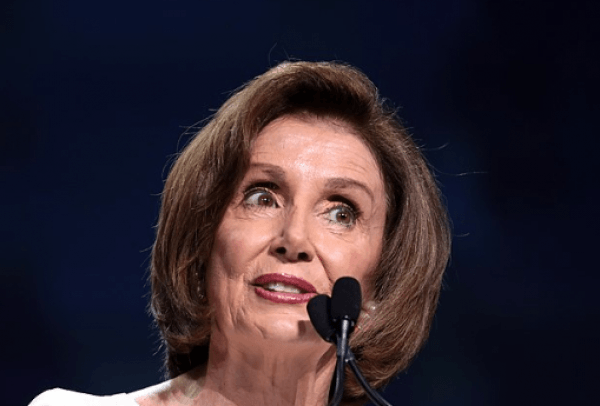 It was inevitable. The longtime bureaucrat and friend of the establishment high and mighty was going to come out on top with the DC powers that be over the attractive career army officer.

Washington loves its own like Fauci and has an inherent dislike of non-political professionals like Birx who would be, in their opinion, so crass as to join the U.S. Army and even make it a career.

So it was on Sunday when Democrat House Speaker Nancy Pelosi went on one of the Sunday political talk shows and said this, “I think the president is spending — spreading disinformation about the virus and she is his — she is his appointee,” Pelosi said to ABC. “So, I don’t have confidence there, no.” Fauci is also the president’s appointee. But, as usual, logic escapes Nancy.

A hit on the president and a follow up hit on Dr. Birx. A classic baseless completely fabricated charge, like Russian collusion and Ukrainian hoaxes, from Pelosi and her minions. The White House wasted no time in response, “It is deeply irresponsible of Speaker Pelosi to repeatedly try to undermine & create public distrust in Dr Birx, the top public health professional on the coronavirus task force,” Alyssa Farah, the White House’s director of strategic communications, said after the Pelosi blathering . “It’s also just wrong. Period. Hard stop.”

Great response from Dr. Birx about Pelosi's baseless attacks. Pelosi could learn a thing or two from this.

"I have never been called… nonscientific or nondata driven & I will stake my 40-year career on… utilizing data to really implement better programs to save more lives." pic.twitter.com/efluWAeA8E [3]

Alyssa Farah, of course, realizes that given how polarized the nation is right now her words are virtually silent to about half the voting public. Nancy Pelosi undermines public health in a pandemic by skewering a top public health professional, while praising a serious political practitioner of the same specialty, and Democrats and their ilk raise themselves up on their haunches and applaud like slow-witted seals. We’ll see more of this until November.

Meanwhile the debate on the next stimulus package continues, “We have been for the $600 [expanded unemployment benefit]. They have a $200 proposal, which does not meet the needs of America’s working families,” Pelosi told the press on Sunday. “And it’s a condescension, quite frankly, because they’re saying, really don’t need it; they’re just staying home because they make more money at $600.”

White House Chief of Staff Mark Meadows responded, “We still have a long ways to go. I can tell you that we spent the last three days, actually last four days, trying to get to some kind of consensus, at least to start negotiating. Yesterday was a step in the right direction. Our staffs are actually working today. We’ll be meeting again tomorrow. But I’m not optimistic that there will be a solution in the very near term. And and that’s why I think the effort that Senator Martha McSally led on the Senate floor to extend the enhanced unemployment was the right move. And yet Senator Schumer and his Democratic colleagues blocked that…We’re still a long ways apart and I don’t want to suggest that a deal is imminent because it is not. There are still substantial differences, but we did make good progress.”