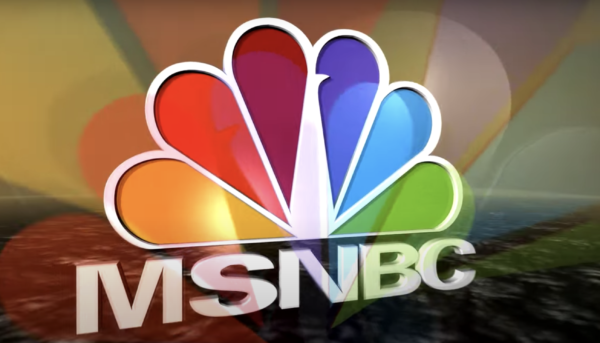 Major networks in the mainstream media continue to lose producers over toxic culture and behind-the-scenes efforts by the organization to stoke division in America.

This week MSNBC producer Ariana Pekary became the third such producer in recent months to leave in a blaze of glory over concerns about culture and credibility.

Pekary empathized with another MSNBC colleague’s thoughts on how the news industry has become a “cancer” on society.

She had served as a producer for Lawrence O’Donnell’s show on MSNBC and tweeted out her news, saying, “Some personal news: why I’m now leaving MSNBC.  It’s not the optimal time for change but the time doesn’t feel optional, anymore.”

It's not the optimal time for change but the time doesn't feel optional, anymore.https://t.co/HbZo0weiUs [1]

In her tweet, she directed friends and followers to her personal website [3], where she provided a letter explaining her decision further.

While she openly admitted that she was uncertain what her next steps would be and applauded her colleagues, she said “The problem is the job itself. It forces skilled journalists to make bad decisions on a daily basis.”

You can read the full letter in the twitter link above, but in the heartfelt message Pekary described how much ratings play into the discussion behind the scenes, and how credible news and balanced messaging is lost in trying to survive and win in the cutthroat business:

“The longer I was at MSNBC, the more I saw such choices — it’s practically baked in to the editorial process – and those decisions affect news content every day.

“Likewise, it’s taboo to discuss how the ratings scheme distorts content, or it’s simply taken for granted, because everyone in the commercial broadcast news industry is doing the exact same thing.”

While her letter is disheartening, it is also not surprising.

Any rational-minded viewer can turn on any major network, Fox News included, and see the inherent bias at any given point of the day.

The bias and spin put on stories is crafted to play to the network’s audience in order to incite anger —toward the president, for instance—  or to create a groundswell of support toward another issue.

Bottom line: While there is certainly some ideological and philosophical inertia behind their stories, much of it is to appease a ravenous base that has now been fed a daily dose of distorted truths—and they’re hungry for more.

This piece was written by Drew Berquist on August 4, 2020. It originally appeared in DrewBerquist.com [4] and is used by permission.