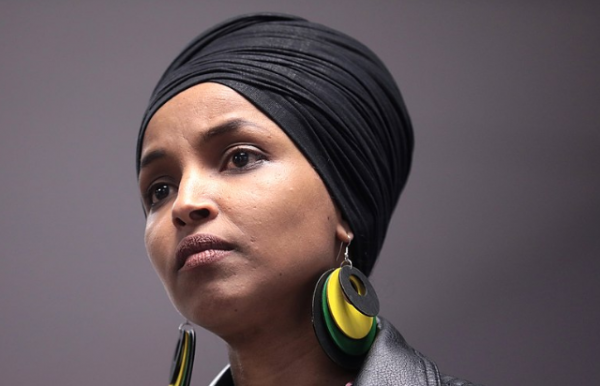 Well, it looks like Congresswoman Ilhan Omar’s (D-MN) challenger has found the magic formula to bring down the anti-American Somali refugee.

According to a new report, Omar’s Democrat primary challenger Antone Melton-Meaux [1], who is very focused on local issues, has found a message that’s resonating with Minneapolis voters—calling out Omar for being too focused on Twitter and nasty “Twitter fights” instead of fighting for what Minneapolis citizens need.

A good chunk of his money is coming from pro-Israel donors who are not big fans of Omar for obvious reasons.

Now, Omar is finding herself battling claims that she’s far too divisive and focused on Twitter fights and national issues to effectively represent her district.

Rep. Ilhan Omar is one of the best-known Democrats from the class of 2018, a lightning-rod member of the Squad whose outspoken liberal politics have made her an enemy of Donald Trump.

Back home in Minneapolis, however, her polarizing national profile is complicating her bid to win a second term.

Facing a political newcomer who raised a jaw-dropping $3.2 million last quarter — much of it from pro-Israel donors who oppose Omar’s foreign policy stances — Omar suddenly finds herself on the defensive against claims that she’s too divisive to effectively represent the solidly Democratic district.

“We don’t need someone distracted with Twitter fights,” said primary challenger Antone Melton-Meaux, who pledges to focus on local issues and avoid the spotlight. “I don’t want to be a celebrity. I want to serve the people, and people are tired of the politics of division and distraction.”

Omar’s challenger is a black mediation lawyer who, up until now, has had no public persona at all.

However, there is a large swath of Jewish voters in Ilhan Omar’s distract and they have hitched their wagon and opened their wallets to Melton-Meaux in hopes that he can bring down the angry refugee-turned-congresswoman.

And it may be working, because things have gotten so bad for Ilhan that she needed Mommy Pelosi to endorse her as well as funnel her $14 thousand dollars [3].