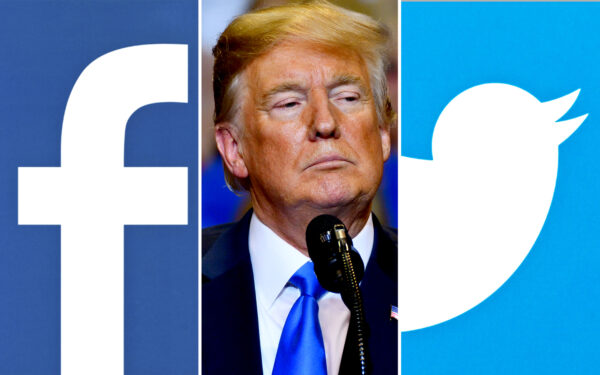 Well, it was inevitable. As we get closer to the fall election campaign the Democrat and hard left full court press against the president is starting to take shape. One of their first lines of attack was predictably trying to disrupt the president’s ability to communicate with voters. It started Wednesday night as both Facebook and Twitter announced they were censoring the president’s posts. It won’t end there.

It began with a Trump post about children possibly not being as at risk to COVID as are adults. The post was from a Fox News interview. The post and tweet merely quoted data that has been in the public dialogue about the virus for several months.

The president specifically said, “My view is the schools should open. This thing’s going away. It will go away like things go away. And my view is that schools should be open. If you look at children, children are almost — and I would almost say, definitely — but almost immune from this disease. So few, they’ve got stronger, hard to believe, I don’t know how you feel about it, but they have much stronger immune systems than we do somehow for this… They don’t have a problem. They just don’t have a problem… They are virtually immune from this problem.”

President Trump clarified the issue at a White House briefing on Wednesday, “If you look at children, they are able to throw it off very easily and it’s an amazing thing, because some flus they don’t, they get very sick. … They seem to be able to handle it very well, and that’s according to every statistic.”

Facebook charged, “This video includes false claims that a group of people is immune from COVID-19 which is a violation of our policies around harmful COVID misinformation.”

Facebook has deleted a post by President Trump for the first time, saying it violated its policy against spreading misinformation about the coronavirus. The post linked to a video in which Trump says children are “virtually immune” to the virus. https://t.co/YvpUh2Ylh5 [1]

Carl Tobias, a left wing law professor at the University of Richmond, applauded the censorship, “Facebook has been too lenient with Trump, particularly when the falsehood involves public health and children. A stricter stance could have important consequences as the election season heats up. I think Twitter’s action may be even more important because it seems to be Trump’s favorite way to communicate. Having two big players in the social media space may embolden others to crack down on the false information.”

The Trump campaign was quick to respond, “Another day, another display of Silicon Valley’s flagrant bias against this President, where the rules are only enforced in one direction. Social media companies are not the arbiters of truth.” And so it begins. The censorship of the president on social media will become more pronounced as election day draws nearer.