In 47 years as a career Washington politician, Joe Biden has repeatedly sold out American workers and shamelessly catered to China, rewarding its brutal communist regime with sweetheart trade deals that killed millions of jobs and hollowed out the manufacturing base of the U.S. economy.

Biden led the effort to give preferential trade status to China and give it membership in the World Trade Organization, making it all but impossible to crack down on its unfair trade practices. The results have been catastrophic. China has brazenly stolen the intellectual property of U.S. companies, manipulated its currency to undermine the dollar, hacked into computer databases to steal the financial history of U.S. consumers, and cruelly denied the human rights of its own people, most recently by crushing democracy in Hong Kong.

Under Obama and Biden, China waged war on the U.S. economy with lethal precision while our own government facilitated its looting of America. Products made in China were dumped into the America at artificially low prices to gut U.S. companies and destroy the jobs of American workers. A total of 3.2 million Americans lost their jobs because of higher trade deficits with China.

Biden, meanwhile, remained either clueless or callous about the ruinous results for American workers. Last year, in a display of naiveté remarkable even for him, Biden claimed China posed no threat to the United States. As vice president, he championed the Trans-Pacific Partnership trade agreement —a deal so bad that even Hillary Clinton forcefully disavowed it— which would have killed 448,000 U.S. jobs and lopped hundreds of billions of dollars off the U.S. GDP.

Biden has made a career out of selling out U.S. workers. He voted for NAFTA, the disastrous trade deal that caused tens of thousands of factories to shutter and killed 850,000 manufacturing jobs. Fortunately, President Trump negotiated the USMC, the replacement deal with Mexico and Canada that protects U.S. workers and their wages.

If elected president, Biden has also pledged to wipe out three million jobs in the energy sector by passing the Green New Deal, restricting fracking and outlawing fossil fuels, sticking it to U.S. workers, increasing the wealth of oil-rich dictatorships in Iran and Venezuela.

President Donald Trump’s tough stance on Communist China signaled the most dramatic shift in Sino-American relations since Nixon’s diplomatic opening to Beijing in 1972. Under Trump, China is finally being challenged for its rogue behavior and unfair trade practices, from stealing U.S. intellectual property to dumping. That is one of many reasons why under Trump wages are rising and millions of jobs are being created, including hundreds of thousands of manufacturing jobs prior to the onset of the pandemic.

Joe Biden is weak on China and bad for American workers. His opposition to the travel ban from China imposed by President Trump in January at the beginning of the COVID-19 outbreak, which saved hundreds of thousands of lives and which Biden claimed was hysterical and xenophobic, was just the most egregious and recent example of Biden’s pro-China bias. That alone disqualifies him from the presidency. 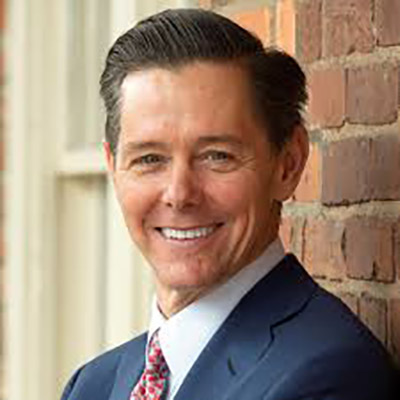 Ralph Reed is founder and chairman of the Faith & Freedom Coalition. He was senior advisor to the Bush-Cheney campaigns in both 2000 and 2004. Reed is chairman and CEO of Century Strategies, LLC, a public relations and public affairs firm. He is the best-selling author and editor of six books. He is married to his wife Jo Anne and is the father of their four children.

Influential Music Artists Choose Not To Support Biden; Will Roll With Trump